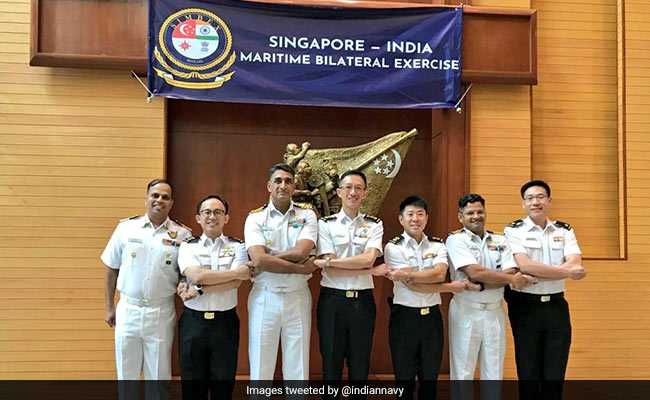 India and Singapore's naval drill in the South China Sea will last till May 22.

The naval exercise will last till May 22.

On successful completion of IMDEX 19, a biennial maritime defence show, INS Kolkata and INS Shakti will continue their stay at Singapore to participate in the annual SIMBEX-2019 scheduled from May 16 to 22, the Navy said in a statement.

The harbour phase of SIMBEX-19 was conducted from May 16 to 18 that included various planning conferences, simulator based warfare training, war-gaming, courtesy calls to dignitaries of RSN Navy, sporting events and deck reception on board Kolkata.

"The sea phase of SIMBEX 19, scheduled to be conducted in the South China Sea from May 19-22, will include various maritime combat exercises such as firing on aerial, surface targets, advanced aerial tracking, coordinated targeting exercises and tactical exercises on surface, air scenarios," the Navy said.

Since its inception in 1993, SIMBEX has grown in tactical and operational complexity.