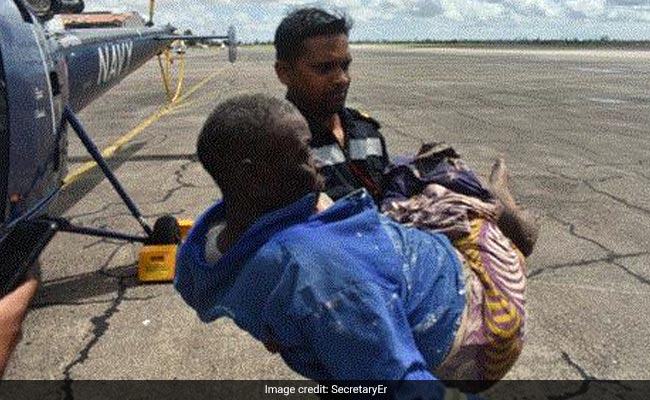 More than 400 people have died in the affected nations until now, according to officials.

India will send another ship loaded with relief materials to Mozambique, one of the three countries along with Zimbabwe and Malawi severely affected by Cyclone Idai, leaving hundreds dead and thousands displaced.

"This would cater for approximately 1,000 persons for seven days. In addition, 500 kg of epidemic-related medicines and 400 tonnes of rice has also been loaded on the ship," a press statement issued on Saturday from the Ministry of External Affairs (MEA) read.

The ship is expected to sail in the next two to three days, the press release added.

The statement added that the Indian naval crew has rescued more than 192 people affected in the cyclone. The Indian Navy has set up medical camps in the area that has provided assistance to 1,381 persons.

Assistance is also being sent to Zimbabwe and Malawi, two other countries hit by the cyclone, the press note said.

More than 400 people have died in the affected nations until now, according to officials. The figure is set to rise as bodies are being discovered as floodwaters recede.