"India managed to thwart this attempt but in coming days what strategy we are going to adopt was discussed," a senior government official said. 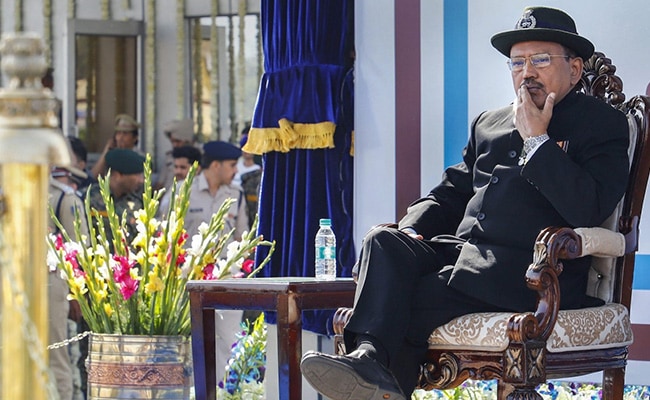 India is ready for a long-drawn standoff with China in Ladakh and will expand its troop deployment in the region, allowing them to exercise all options to block the Chinese, a high-level meeting chaired by National Security Advisor Ajit Doval decided on Monday, government sources said.

Mr Doval was briefed by both internal and external intelligence agency heads apart from senior officers from the army. Director Intelligence Bureau Arvind Kumar and Secretary Research Analysis Wing Samanth Goel gave their assessments on what to expect from China in coming months. The union home Secretary Ajay Bhalla was also present in the meeting.

"India managed to thwart this attempt but in coming days what strategy we are going to adopt was discussed," a senior official said.

According to him, in the coming days India will be extending its army deployments along Line of Actual Control or LAC. "China may adopt similar strategy somewhere else along LAC so we have to be prepared," an official said.

One assessment made by intelligence agencies states that this might be a diversionary tactic adopted by China. "China still holds ridge lines in many areas. In southern side also they had captured two tops overlooking Chushul town and lakes Pangong Tso and Spanggur Tso," an official said.

According to him, clear directions have been given to security forces that every effort should be used to stop China from unilaterally altering LAC. "We are also prepared for a long haul," said a senior bureaucrat.

Meanwhile, Ladakh Lieutenant Governor Radha Krishna Kumar was in Delhi and met Minister of State GK Reddy. "The LG has submitted a detailed report on efforts India has taken to ramp border infrastructure apart from tensions along Indo-China border," an officer said.

Chinese troops "carried out provocative military movements" near Pangong Tso lake on Saturday night but were blocked by Indian soldiers who were fully prepared, the government said on Monday. The Chinese tried to intrude into the south bank of the Pangong Tso, which is of huge significance as it is a new area.

Brigade Commander-level officers were in talks at Chushul to defuse tension, the government said. The Ladakh-Srinagar highway has been closed to civilian traffic, reportedly for troop movement. Indian forces remain in large numbers at the latest site of escalation, ready to respond. Taking an aggressive stance, China said its military "is taking necessary countermeasures".

The flare-up was the most serious escalation of hostilities since June 15 in Ladakh's Galwan Valley, when 20 Indian soldiers lost their lives and the Chinese suffered an unspecified number of casualties in a clash with rocks and clubs