A separate deal to supply four frigates to India, may also be signed during Vladimir Putin's visit on October 4-5. 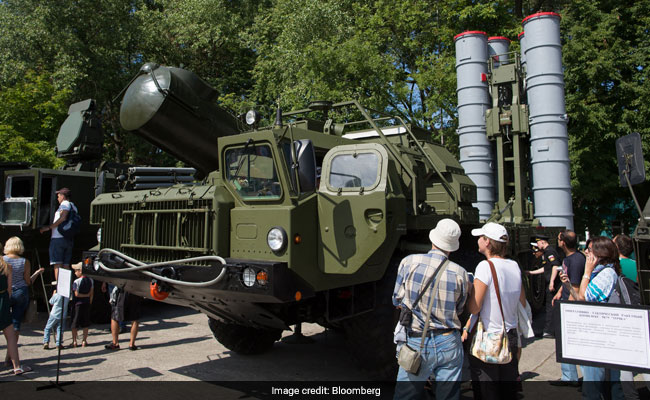 Russia is expected to sign a deal to supply advanced S-400 surface-to-air missile systems to India next week during President Vladimir Putin's visit to New Delhi, a Russian official said.

The threat of U.S. sanctions against buyers of Russian weapons -- imposed most recently on China -- won't affect the deal, the official said, speaking on condition of anonymity to discuss plans that aren't yet public. The contract covers 10 batteries, worth a total of $6.2 billion, Russia's RBC newspaper reported earlier this year.

A separate deal to supply four frigates to India, may also be signed during Putin's visit on Oct. 4-5, the official said.

"India is not risking anything with this deal," says Igor Korotchenko, head of the Moscow-based Centre for Analysis of World Arms Trade. "The U.S. won't impose sanctions on them because they don't want the Indians to refuse to purchase American weapons in the future."

Lieutenant Colonel David Eastburn, a U.S. Defense Department spokesman, said a waiver from the sanctions law "is ultimately a presidential authority and any decision to provide a waiver to India will be determined by the president." He added that Defense Secretary Jim Mattis "continues to place great value on our growing strategic partnership with India."

The S-400 missile system has been in service since 2007 and is a popular Russian export weapon. It can shoot down aircraft and missiles at a range of 400 kilometers (about 250 miles). Turkey also is planning to buy the S-400 despite U.S. opposition to the purchase by a fellow NATO member.