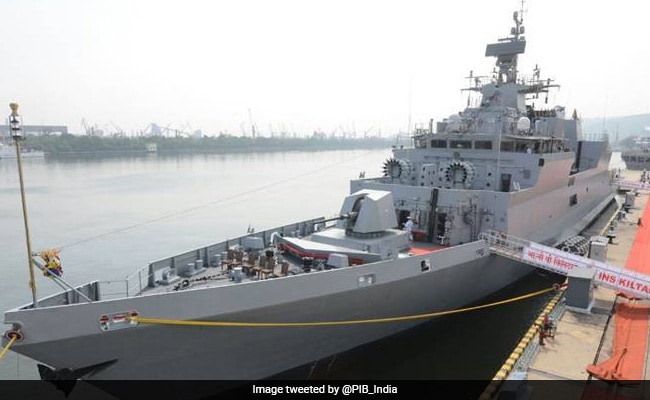 INS Satpura and INS Kiltan along with P8I, participate in multi-lateral maritime exercise.

India and three other Quad member nations on Monday joined France in kick-starting a three-day mega naval exercise in the eastern Indian Ocean, in reflection of their growing strategic cooperation in the region.

He said it will also feature weapon firing exercises, cross deck flying operations and tactical manoeuvres among others.

"The exercise will showcase high levels of synergy, coordination and interoperability between the friendly navies," he said.

"Participation by the Indian Navy in the exercise demonstrates the shared values with friendly navies ensuring freedom of seas and commitment to an open, inclusive Indo-Pacific and a rules-based international order," Commander Madhwal said.

Besides host France, the four other participants are members of the Quad or Quadrilateral coalition.

India has been expanding cooperation with navies of the US, Japan, Australia and France in the last few years.

On March 28 and 29, India and the US navies carried out a two-day naval exercise in the eastern Indian Ocean Region.

The Indian Navy deployed its warship Shivalik and long range maritime patrol aircraft P8I in the ''PASSEX'' exercise while the US Navy was represented by USS Theodore Rosevelt carrier strike group.

A carrier battle group or carrier strike group is a mega naval fleet comprising an aircraft carrier, accompanied by a large number of destroyers, frigates and other ships.

The PASSEX exercise came over a week after US Defence Secretary Austin flew into India as part of his three-nation first overseas tour that signalled the Biden administration's strong commitment to its relations with its close allies and partners in the Indo-Pacific region.