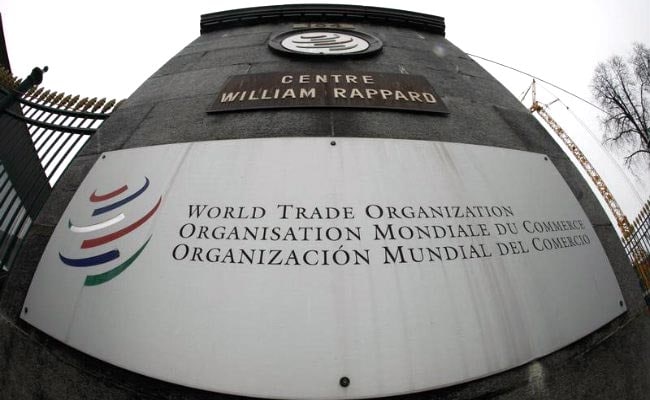 Nairobi: Hardening its stance in the ongoing WTO talks, India on Thursday strongly objected to the draft text on agriculture and said some countries are pushing for a deal on phasing out export subsidies with "some undue haste".

Commerce and Industry Minister Nirmala Sitharaman also made it clear that without concluding the pending agenda of the Doha Round, it would be difficult for India to talk about the new issues being pushed by the developed nations.

She said that there is still no consensus on anything with regard to agriculture issues and several countries are of the similar view.

On the agriculture draft provided to the Chair, the minister said that India has expressed its unhappiness about the language, particularly on the stockholding for food security purposes.

"Our team has gone line by line on the agreed draft and on the (WTO's) Ministerial draft. I have told my team (that wherever we have problem), we will give our language. I have told the Lesotho Minister (who is chair of the agriculture group) that even on the public stockholding, I am not happy with the draft.

"We shall give our line...Similarly in the Ministerial declaration also, I have told (Kenyan Trade Minister) Amina Mohamed (Chair of the WTO meeting) that I will send the draft with the language which will be suitable for India," Ms Sitharaman told reporters.

She said that these things were not discussed earlier and hence "how can we come to a conclusion... so clearly this agenda is getting pushed with some undue haste."

"We are at a stage where surprises sprung on us on topics which have not reached a conclusion in Geneva," she said.

Public food stockholding is crucial for India's food security programme. India wants permanent solution to the issues related to it.

Ms Sitharaman said India will also be working for tightening the language in the draft on fishery subsidy.

The draft text on agricultural has poorly mentioned about the issues that are key to developing countries, including India, she said.

She also said the text has dwelt at length on export competition, an issue being pushed by the developed countries and a few developing countries like Brazil.

India has also registered its objections over the language of the draft Nairobi Ministerial Declaration and also the differential treatment for developing countries.

Ms Sitharaman further said that although the Ministerial draft has mentioned about the special safeguard mechanism (SSM), "we have now disputed that...we are questioning the language of the draft and we have offered to give the language ourselves".

India wants SSM in order to protect its poor farmers from sudden surge in imports or dip in global commodity prices.

Developed countries are against this demand.

"I have also made it clear that SSM should not be linked to market access," she said.

She added that developed nations want to "dump" the Doha Development reaffirmation despite the fact that G33 grouping, least developed countries and the African Group demanding successful conclusion of the Doha round.

The Doha Round of negotiations launched in 2001 have remained stalled since July 2008 due to differences between the rich and the developing nations mainly on the level of protection to farmers in developing countries.

On the issue of Export Competition, she said developed countries want to push points which were not discussed earlier in Geneva.

Many of the other WTO members are saying the same thing, she said, adding "the ministers said that we have not been informed, we do not have a mandate, we have not briefed our cabinet. So how come we engaged in this discussion which has a topic which doesn't have my government's mandate".

The members have discussed only export subsidies and not the other three issues - export credit, state trading enterprises and food aid, she said.

Credit Corporation in the US is very powerful and developing countries cannot compete with them, she added.

India would soon submit the draft text on agriculture and WTO's ministerial declaration.