India And US Are Partners, Not Allies: Shivshankar Menon 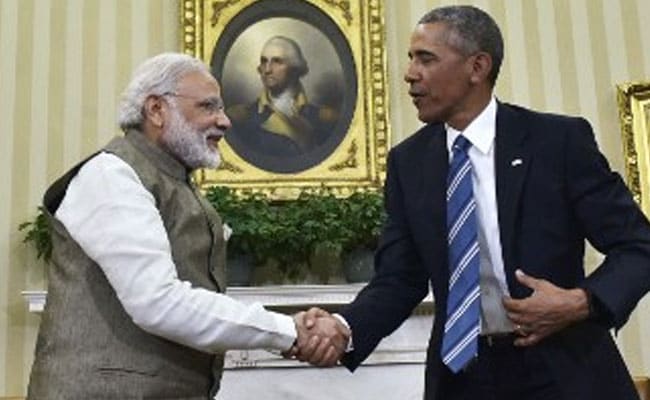 Washington: Indo-US ties can best be described as "partners", which are equal, and not "allies", former foreign secretary and national security advisor Shivshankar Menon has said, noting "unprecedented" cooperation in key areas like maritime security and defence.

"I would not say we are in their (US) camp or an ally (of US). I think, what I always used (the term) is partnership. It is a partnership that has grown. We have transformed the relationship. But that has been bipartisan," Mr Menon said.

Mr Menon, whose first book post retirement 'Choices: Inside the making of India's Foreign Policy' is all set to hit book stores globally next week, said that each of the successive Indian governments in the last few decades have done their bit to take the relationship further forward.

"The first NDA government led by the Prime Minister (Atal Bihari) Vajpayee did the Next Steps in Strategic Partnership, which actually opened up defence co-operation and various cooperation in space and various sensitive forms of cooperation.

"The UPA government did the civil nuclear which again removed the biggest obstacle and changed the mindset actually in India and the US about the relationship. The NDA government now, the present government has done the joint vision statement in the Asia-Pacific, taking one more step further," he said.

"So today, we have a very deep partnership. But it is a partnership," said Mr Menon, who played a key role in strengthening of India-US relationship first as the foreign secretary and then in his capacity as the national security advisor to the then Prime Minister Manmohan Singh.

Partnership is not something that the US is used to, the former top Indian diplomat said.

"And we also have to get our head around a very close partnership in India. It's new for both of us," he said.

"The US is used to having allies who follow or clients who obey. Partners are equal. And partners each bring different things to the table and work together. I think, we are learning how to do it," Mr Menon said.

"If you look at maritime security, counter-terrorism, intelligence, look at various aspects of national security, defence co-operation, DTTI for instance, many of these things are unprecedented. But we are learning how to build a partnership," he said.

"We are at a stage where partnership, relationship has been better than it has been ever been before, but there is still a way to go. Still things to do," he added.

Promoted
Listen to the latest songs, only on JioSaavn.com
Responding to a question on eight years of Obama Administration, Mr Menon said they took the relationship forward and they have worked quite hard at it.

"It is interesting. As we moved forward, we realised that there are more things to be done. Today, the big things to be done are on the trade and on the economic side, on IPR or pharma on market access, energy and climate change where there are big challenges and also where there are big opportunities," he said, adding India-US relationship has bipartisan support in the United States too.