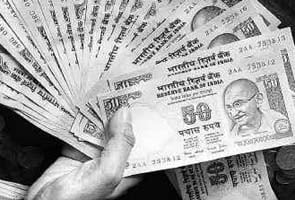 Berlin: One person in four worldwide paid a bribe during the past year, according to a study released on Thursday to mark International Anti-Corruption Day. And India has cut the grade in the top five. (Read: India perceived as more corrupt after CWG scam | Corruption Perceptions Index 2010)

54 per cent Indians say they greased the palms of authorities to get things done, the study says.

"Corruption has increased over the last three years, say six out of 10 people around the world, and one in four people report paying bribes in the last year," the Berlin-based non-governmental agency, Transparency International (TI), said.

Releasing the findings of the 2010 Global Corruption Barometer, a worldwide public opinion survey on corruption, TI said it showed that in the past 12 months one in four people paid bribe to one of nine institutions and services, from health to education to tax authorities.

The police are named the most frequent recipient of bribes, according to those surveyed, with 29 per cent of those who had contact with the police reporting that they paid bribe.

The biggest number of reported bribery payments in 2010 is in Afghanistan, Cambodia, Cameroon, India, Iraq, Liberia, Nigeria, Palestine, Senegal, Sierra Leone and Uganda where more than 50 per cent of people surveyed paid bribe in the past 12 months.

In India, 54 per cent of users of services said they paid bribe to receive attention from service providers.

Almost half of all respondents say they paid bribes to avoid problems with the authorities and a quarter say it was to speed up processes.

Most worrying is the fact that bribes to the police have almost doubled since 2006, and more people report paying bribes to the judiciary and for registry and permit services than they did so five years ago, TI said.

Worldwide, sub-Saharan Africa was the region reporting the greatest incidence of bribery with more than one person in two saying they had made such payments to officials in the past 12 months.

The Middle East and North Africa was the next most corrupt regions with 36 per cent of people there reporting having paid bribes.

The United Nations established International Anti-Corruption Day in 2003 to raise awareness of graft and promote the global fight against it.

The study, the seventh on the matter by Transparency International since 2003, this time involved a greater number of countries, including for the first time China, Bangladesh and the Palestinian territories.

Polling, mostly by the Gallup Institute, was conducted between June 1 and September 30.

The United Nations established International Anti-Corruption Day in 2003 to raise awareness of graft and promote the global fight against it. (With input from agencies)
Comments
BribeIndiaTransparency International