On Gandhi Jayanti, Congress To Meet At Wardha's Sevagram Ashram

Congress chief Rahul Gandhi will be at the Sevagram Ashram in Wardha for the meeting and the party will take Mahatma Gandhi's message across. 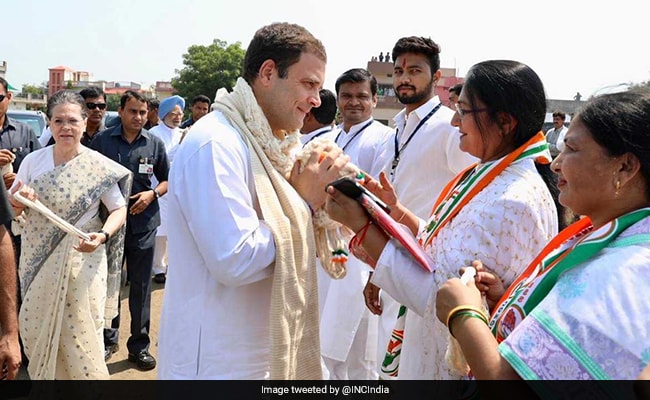 The Congress will hold its working committee meeting in Wardha today to mark the beginning of Mahatma Gandhi's 150th birth anniversary celebrations, and give a message against the "atmosphere of fear, hate and violence" prevailing in the country, the party has said.

Congress chief Rahul Gandhi will be at the Sevagram Ashram in Wardha for the meeting and the party will take Mahatma Gandhi's message all over the country, a party leader said.

There will be a prayer meeting, a 'shanti' (peace) march, and a public meeting at the Sevagram Ashram in which Rahul Gandhi will give his message, he said, adding that holding the Congress Working Committee (CWC) meeting in Wardha has a lot of symbolism attached to it.

"The preliminary deliberations of Individual Satyagraha were held in Sevagram in 1940. The CWC met in Sevagram and adopted the resolution on Quit India movement on July 14, 1942," he said.

The Quit India movement was launched in Mumbai on August 8, 1942.

"A meeting was held in Sevagram from March 12 to 14, 1948, with the subject 'Gandhi has gone: who will guide us now', and among those who attended the meeting included the then Prime Minister Pandit Jawaharlal Nehru, Maulana Abul Kalam Azad, Vinoba Bhave and Jaiprakash Narayan," he said.

When Mahatma Gandhi started his padayatra in 1930 from the Sabarmati Ashram to Dandi, he had decided not to return to Sabarmati till India was free, the leader recalled.

"Gandhiji was jailed for more than two years and on his release, he spent time travelling considerably in central India. He came to Wardha in 1934 at the invitation of businessman and philanthropist Jamnalal Bajaj," he said.

In April 1936, Mahatma Gandhi established his residence in the Shegaon village near Wardha and he renamed it as Sevagram, which means 'village of service'.