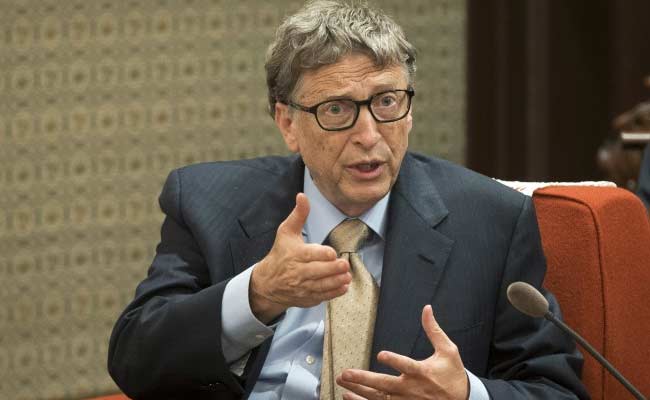 New York: Bill Gates and some of the world's other richest entrepreneurs will join with governments from both rich and emerging countries today at the Paris climate talks by pledging billions of dollars of investment in clean energy technologies.

Gates will launch the Breakthrough Energy Coalition, a group of 28 private investors who hail from Silicon Valley to South Africa, that will invest billions of dollars in "patient, flexible risk capital" to bring riskier new technologies to market.

The investors want to eliminate the "valley of death" between the early promise of a new energy concept and commercializing it into a viable technology, which "neither government funding nor conventional private investment can bridge," the group said in a statement.

"More capital at the early stage is going to drive the breakthroughs that will drive costs down," said Brian Deese, US President Barack Obama's senior adviser on climate change who announced the private-public sector initiative to reporters in Washington.

Since 2010, Gates has been an advocate for doubling or trebling the amount of clean energy R&D to meet both the challenges of providing energy access to over 1 billion people, and to reduce carbon emissions over the long term.

"Private companies will ultimately develop these energy breakthroughs, but their work will rely on the kind of basic research that only governments can fund," Gates said in a statement.

The United States, France, India and 17 other countries will announce they will double the $10 billion they collectively spend on clean energy research and development in the next five years, shining a spotlight on role of technology in any climate agreement reached in Paris.

The US government currently invests around $5 billion in clean energy R&D. The Energy Department's ARPA-E program has conducted early-stage research into technologies such as advanced batteries, fusion and nanotechnology.

It will now focus on funding on early-stage R&D.

US Energy Secretary Ernest Moniz said securing support for more R&D funding may remain a challenge in a Republican-dominated Congress. Republicans have vowed to push back against President Obama's climate agenda by withholding funds the administration pledges in Paris for climate aid to poor countries.

Moniz said the idea to come up with a bold R&D plan has been "bubbling now in the last few months" but accelerated in the weeks before the Paris summit.

He said the Obama administration has led "intense diplomatic efforts" among the 20 countries involved.

China, the world's largest emitter, petro-states Saudi Arabia and the United Arab Emirates, EU countries, Canada, Indonesia, Korea and Japan are among the other signatories. Those countries represent 80 per cent of current global clean energy R&D.

"The high investment risk climate and upfront capital cost of energy investments, particularly renewables, are critical barriers to the development of energy markets," said Aliko Dangote, founder of Nigeria's Dangote Group and member of the partnership.

"The world urgently needs a new economic revolution driven yet again by adaptations in energy utilization, only this time with a greater consciousness of the environment and resource conservation," he said.
© Thomson Reuters 2015