In Gujarat Election, Why The Role And Influence Of ASHA Workers Matters 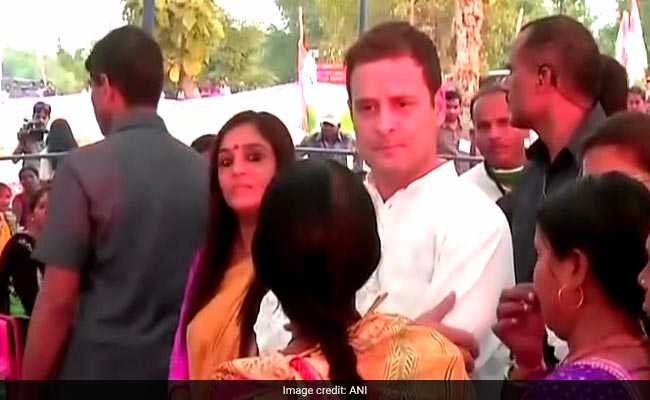 Vadodara, GUJARAT: The day before the election for Gujarat was called, the state government announced a 50% raise for ASHA workers in the state, part of an assortment of well-funded schemes introduced quickly to win public favour.

Along with the raise, a free sari was promised for the 43,000 women who are trained to provide basic health care in rural areas.

ASHA - Accredited Social Health Activists - assist in childbirth, provide first aid, help with vaccinations and educate communities on birth control measures and issues of sanitation as part of the National Rural Health Mission introduced in 2005, which envisaged planting at least one ASHA worker in every village by 2012.

For over two years, ASHA workers in Gujarat have been demanding fixed wages, permanent employment with regularized working hours and social security benefits like maternity leave and health insurance. 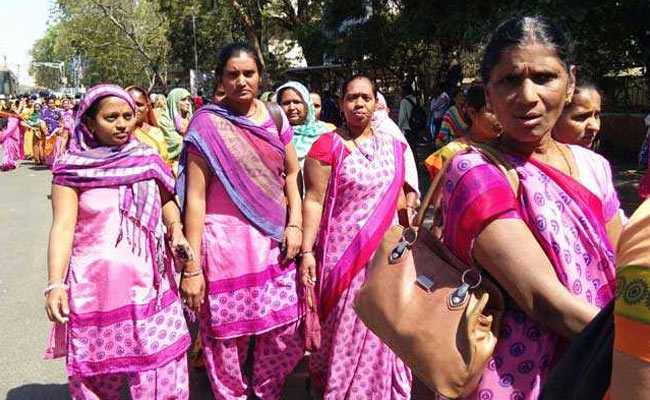 In a state that prides itself on development, prosperity and three terms of Narendra Modi's governance, they say, the basics - education, health, clean drinking water - are far more inadequate here than in states like Tamil Nadu and Kerala.

In a sign of their relevance, Rahul Gandhi met with ASHA workers yesterday during his tour of South Gujarat.

"Our numbers are not small. Together, we are a formidable vote bank. So the government had to make a token gesture. But they have not addressed a single demand we made," said Tanuja Makwana, an ASHA worker in the Nadiad district of Central Gujarat.

ASHA workers are well aware of their influence in the communities they visit, and of their status as government workers. They are also often from families where men work as farmers or are small traders, groups that have been reeling from the impact of the new national sales tax or GST and demonetization.

Tanuja points out that ASHA workers are paid for every assignment and are guaranteed no minimum monthly income. In addition, they have to be available around the clock to travel to remote areas.

"Presently, for every delivery we are paid Rs 300 and an additional Rs 250 for a week of follow-up visits and writing up the delivery report. But this is only if the woman is a BPL card holder (below poverty line); otherwise, we get nothing. For collecting samples for various tests, we get Rs 15. Our income depends entirely on the number of cases we handle. So when there are fewer cases, we barely earn anything. So how does a 50% hike and a free sari help us?" she asked while giving an insulin shot to a young diabetic patient who has turned up at her house. 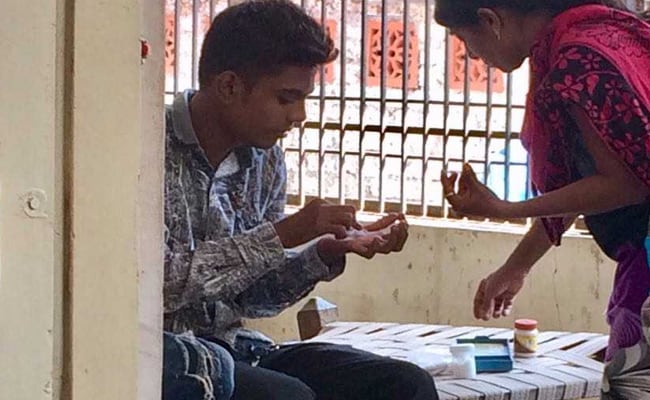 Tanuja Makwana, an ASHA worker in the Nadiad district of Central Gujarat

Each ASHA worker is meant to handle 1,000 people. Very often, she is required to carry out door-to-door visits to check the spread of malaria or a flu. "We spend several days, walking from home to home in the hot sun and in heavy rain, but we are not paid a single paisa for our effort. They make us work for free," said Tanuja.

Now in her early 30s, she says that even if  spends nearly every day of the month in the field, she barely makes Rs 2,500 a month despite nine years of experience. "I should be earning at least Rs 10,000," she says.

"The same work is twice as difficult for ASHAs covering Adivasi dominated districts where the terrain is hostile and the infrastructure is limited", says Meena Rathwa, who is based in Chhota Udaipur in South Gujarat, which has a large tribal population. "Often, the distance between one hamlet and the next is several kilometres. We have to make our own transport arrangements and sometimes spend the night in the village. But we have to pay for all these expenses. The government does not reimburse us."

That's one reason why the epicenter of the two-year long protest by the ASHAs has been Vadodara with its proximity to the Adivasi belt of South Gujarat. Their peaceful struggle turned aggressive in recent days with members heckling and chasing senior government officials and national and state law-makers from the area. The conflict escalated when a few women leaders were arrested for allegedly throwing bangles at the motorcade of Prime Minister Narendra Modi when he campaigned in Vadodara last month. 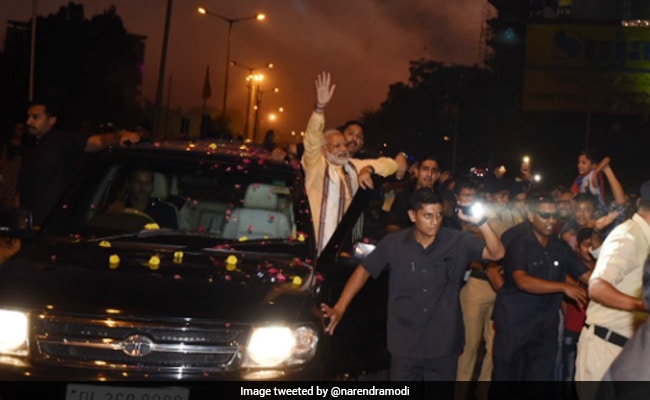 The ruling BJP has accused the ASHAs of upping the ante at the urging of the Congress before the election. It's a charge they deny. "They are undermining our battle for survival", said  Meena.

"We are sensitive to their demands and in fact have made announcements recently increasing there wages. As far as the government is concerned, they are satisfied with our response; only a handful could be protesting for reasons best known to them," said Deputy Chief Minister Nitin Patel.

Congress workers allege that it is in the vacuum created by Mr Modi's departure for Delhi that protests have begun to take shape and erupt - among farmers, health care workers, the Patels who want affirmative action policies.

The Gujarat government has been reducing its spend on health care; in the last three years, it has fallen from 5.6 percent of the state's budget to barely 5%.

Of this, barely a third was allocated to rural healthcare, with the bulk reserved for urban areas.

The neglect shows, particularly in villages. 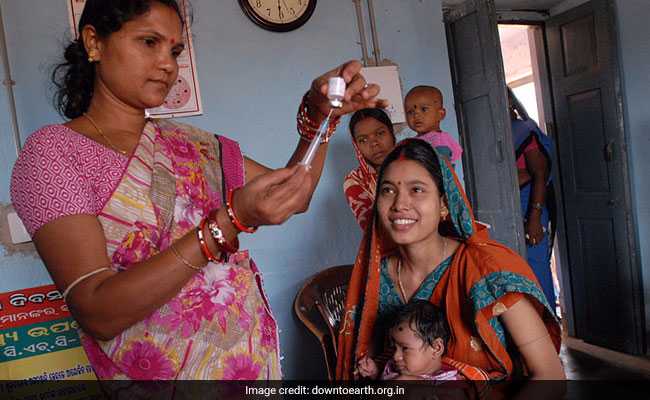 Each ASHA worker is meant to handle 1,000 people

In rural areas of Gujarat, the IMR is 43, nearly double that of urban areas. Similarly, the state registered a Maternal Mortality Rate of 112 per I lakh deliveries as compared to 68 in neighbouring Maharashtra.

One reason for these poor figures is an acute shortage of government doctors in Gujarat. More than half the sanctioned posts of 1,500 doctors in primary health centres located in rural areas are vacant. More shockingly, for a state that prides itself on world class infrastructure, the National Rural Health Mission Data for 2015-16 reveals a shortfall of 12 district and 5 sub-district hospitals, 36 community health centres, 113 primary and 20 sub- primary health centres.

Promoted
Listen to the latest songs, only on JioSaavn.com
For its public health schemes to start taking effect, the salaries of frontline workers like ASHAs and anganwadi workers, who staff women and child care centres in rural areas, has to be improved. Earlier this year, about 1.5 lakh anganwadi workers in Gujarat went on a 3-day strike demanding Rs 4,000 a month. An anganwadi worker is paid Rs 3,000 in Gujarat making it the 14th lowest-paying state, while states like Haryana and Tamil Nadu pay them between Rs 8,000 - 10,000 a month.

These issues don't decide a voter's preference of party or candidate. But ASHAs and others like them hope to raise awareness of how their low wages create a cycle of negligence.