13 people were onboard the plane, including eight crew members and five passengers. 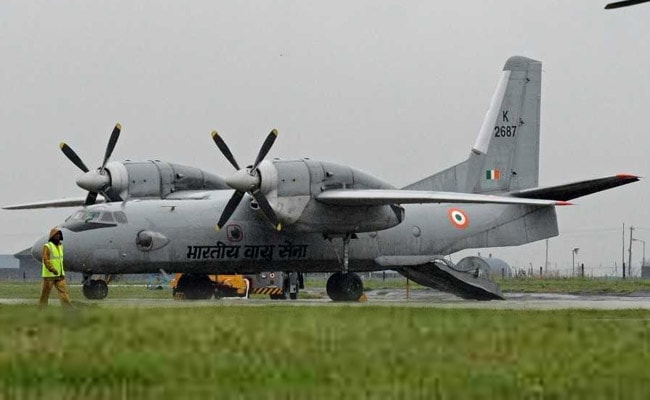 An Indian Air Force aircraft has gone missing after taking off from an airbase in Assam. The aircraft last had contact with the ground forces at I pm, sources have told NDTV. 13 people were onboard the plane, including eight crew members and five passengers. The Air Force has launched a search operation to track down the plane. The Russian-built Antonov An-32 took off from Jorhat in Assam state at 12:25 pm (0655 GMT) headed for Mechuka in Arunachal Pradesh, bordering China. The Air Force has launched a search operation and spokesperson Lieutenant-Colonel P Khongsai said every effort was being made to locate the missing plane. Soldiers of the Indian Army and the Indo-Tibetan Border Police are helping in the search besides helicopters.

Here are the Highlights of the missing Indian Air Force Plane:

Jun 03, 2019 22:09 (IST)
With bad weather and difficult terrain impeding the operations, the Indian Air Force said the search would continue on Tuesday. Located in a picturesque and sparsely populated valley, Mechuka has one of the many rudimentary landing strips run by the Air Force near the Line of Actual Control with China.
Jun 03, 2019 19:50 (IST)
READ| Air Force Plane Carrying 13 Missing After Taking Off From Assam Jun 03, 2019 19:06 (IST)
Some reports of possible location of crash site were received, however, no wreckage has been sighted so far. IAF is coordinating with Indian Army, various government and civil agencies to locate the missing aircraft. Search operations will continue from air and by ground parties of Indian Army through the night.
Jun 03, 2019 17:42 (IST)
The An-32 is a Soviet-designed twin engine turboprop transport aircraft used extensively by the Indian Air Force for over four decades. Since it joined the IAF fleet, the rugged planes used to ferry people and air-drop supplies have undergone several rounds of upgrades.
Jun 03, 2019 16:53 (IST)
Defence Minister Rajnath Singh said he was in touch with senior air force officials.

Spoke to Vice Chief of @IAF_MCC, Air Marshal Rakesh Singh Bhadauria regarding the missing IAF AN-32 Aircraft which is overdue for some hours.

He has apprised me of the steps taken by the IAF to find the missing aircraft. I pray for the safety of all passengers on board.

Jun 03, 2019 16:52 (IST)
An Indian Air Force aircraft has gone missing after taking off from an airbase in Assam. The aircraft last had contact with the ground forces at I pm, sources have told NDTV.