Dr P Raghu Ram became one of the youngest surgeons of Indian origin to be conferred with the honour. 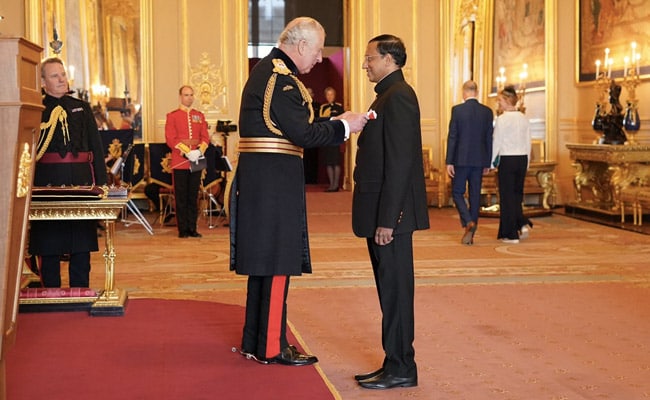 Hyderabad-based Dr P Raghu Ram was conferred with the Officer of the Most Excellent Order of British Empire (OBE) on Wednesday, making him one of the youngest surgeons of Indian origin in over 100 years to get the honour. On behalf of Queen Elizabeth II, Prince Charles, the Prince of Wales, presented Dr Raghu Ram with the honour at Windsor Castle in London.

The OBE is the second-highest-ranking Order of the British Empire award, excluding a knighthood/damehood.

Dr Raghu Ram is the director of KIMS-USHALAKSHMI Centre for Breast Diseases and the founder CEO of Ushalakshmi Breast Cancer Foundation. He received the award for "outstanding services towards improving breast cancer care and surgical education in India and to UK/India relations."

Dr Raghu Ram said that he was grateful to the Queen for the honour. "Over the past 15 years, I have strived to replicate the best of British practices in my motherland and feel immensely proud to have been a ‘living bridge' between the UK and India," he said.

The doctor dedicated the honour to his family, patients, colleagues at KIMS Hospitals and “to the Indian surgical fraternity world over”.

Dr Raghu Ram is also one of the youngest recipients of the Padma Shri and Dr B C Roy National awards conferred by the President of India in 2015 and 2016, respectively.

He founded South Asia's first dedicated comprehensive breast health centre and a breast cancer charity to raise awareness about the disease. He was the driving force behind the formation of The Association of Breast Surgeons of India, an organisation that brings together surgeons practising the art and science of breast surgery.

Some of the well-known names who received an OBE in the recent past are actor Om Puri, footballer David Beckham and his wife, singer Victoria Beckham, cricketer Ben Stokes, author J K Rowling, and actress Kiera Knightley.