How The Gujarat Election Can Be Won Or Lost

The BJP, an analysis of past exit polls shows, has a 35 per cent chance of getting more than 130 seats, which will be a landslide. 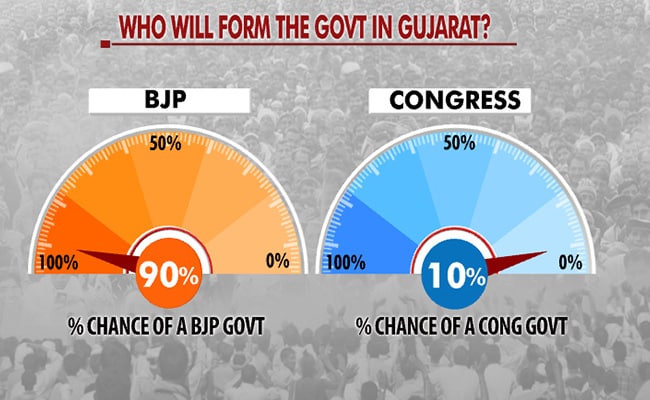 Gujarat has 182 assembly seats and a party needs to win 92 or more to form government.

New Delhi: The BJP has a 90 per cent chance of winning its fifth successive term in Gujarat, with the Congress' chance of pulling off an upset a slim 10 per cent, based on an analysis of exit polls and surveys. Votes will be counted for the crucial Gujarat assembly elections from 8 on Monday morning. The state has 182 assembly seats and a party needs to win 92 or more to form government.

The election is seen as a high-stakes battle between Prime Minister Narendra Modi, whose home state is Gujarat, and new Congress president Rahul Gandhi, who is attempting to reverse his party's dismal record in recent state elections. A win for the BJP will give the party great momentum in the run-up to the 2019 national election when PM Modi will seek a second term.

Promoted
Listen to the latest songs, only on JioSaavn.com
The BJP, an analysis of past exit polls shows, has a 35 per cent chance of getting more than 130 seats, which will be a landslide. 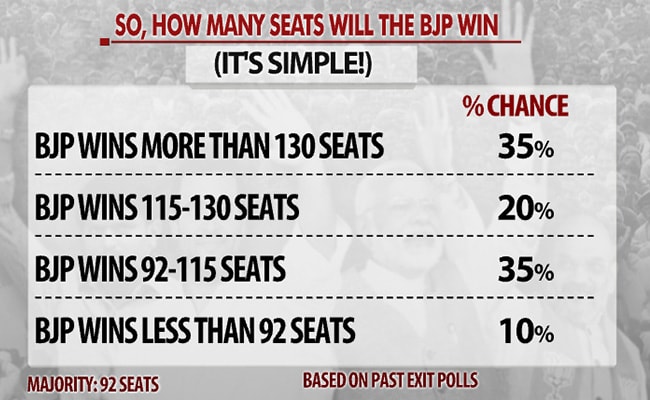 One worrying factor for the BJP is that the turnout of Gujarat's women voters, who have backed the BJP more loyally than the men, was lower in this year's election. The gap between the percentage of women and men who voted this year had widened to 8 per cent from 3 per cent in 2012. 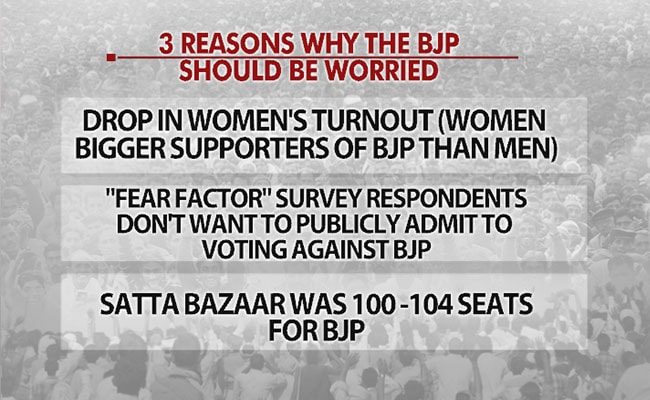 The Congress should worry as exit polls since 2012 have called elections right 90 per cent of the time. Also, though Rahul Gandhi tried to raise issues of development and attacked PM Modi's economic policies, the Prime Minister, leading his party with a campaign blitz turned it into an election about Gujarati pride. 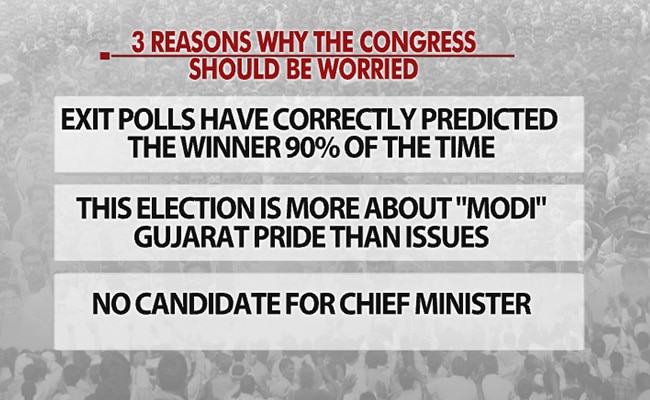 Mr Gandhi struck strategic partnerships with young caste leaders, trying to harness the anger of key groups against the BJP, which has ruled Gujarat for the last 22 years. One part of that effort could have paid off, with the Congress, which partnered with young activist Hardik Patel, seen to make its biggest gain from a 20 per cent swing of Patel votes away from the BJP. The Congress is likely to gain 15 per cent Patel votes and 6 per cent farmer votes. But it is seen to lose 20 per cent Scheduled Caste votes since the 2012 assembly elections and 10 per cent Adivasi or tribal votes. 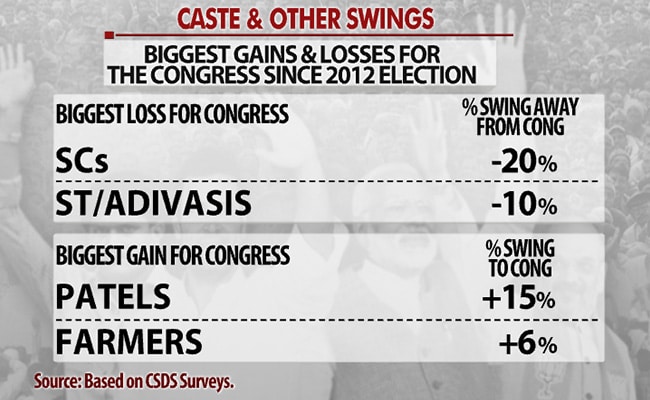 24-year-old Hardik Patel, the face of a massive agitation by the influential Patel or Patidar community for reservation in government jobs and colleges, asked his community to vote for the Congress to punish the BJP for not including them in castes that benefit from affirmative action. The Patel swing away from the party is expected to be the BJP's main loss, while its biggest gains are a 10 per cent swing in Scheduled Caste votes and a 25 per cent swing in its favour of tribal votes, a big focus of PM Modi's campaign to make up for any losses from an anti-incumbency sentiment. 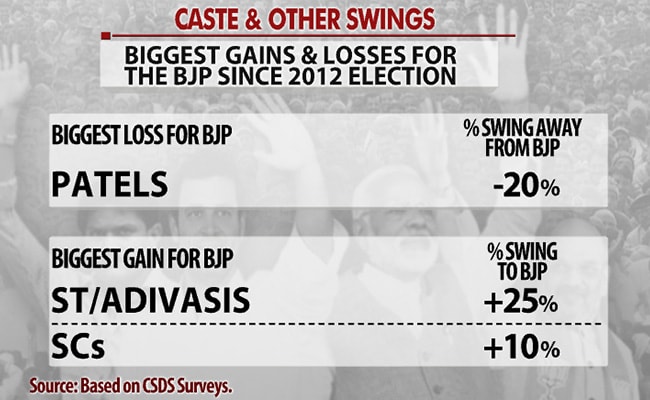 The Congress' last minute induction of young backward caste or OBC leader Alpesh Thakor is, however, not seen to have helped the party, with OBCs expected to be among the BJP's big strengths in these elections. 47 per cent OBCs are seen to back the BJP, while the party is also likely to score 57 per cent upper caste votes and 57 per cent tribal votes.

The Congress is expected to consolidate Muslim votes with about 80 per cent of the community voting for it, and is set to get 50 per cent of farmer votes, a gain of six per cent over last time. Its big strengths are also likely to be 49 per cent Kshatriya votes and 43 per cent Scheduled Caste votes. Exit polls have forecast a win for the BJP, with an aggregate of the polls showing the party getting 116 seats, one more than it won in 2012, and the Congress getting 65, four more than last time. 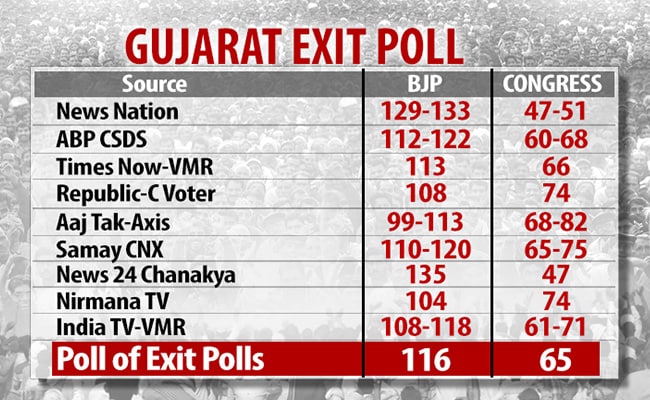