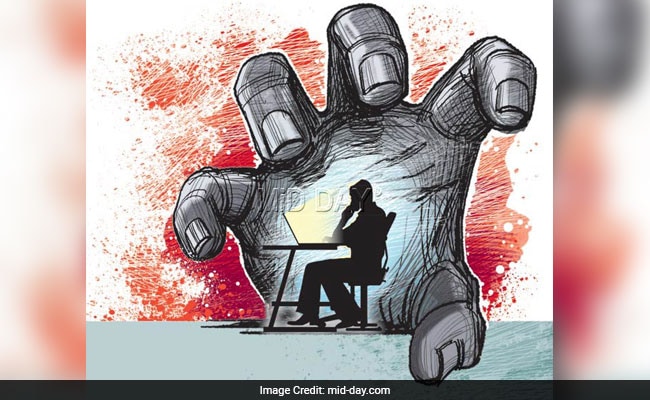 The interweb is the ISIS' hunting ground. Since its inception, social media has been integral to the terrorist organisation's rise. It enables militants to raise its prestige among terror groups, overtake older jihadist competitors, coordinate with troops, and - most importantly - recruit fresh, young blood.

In the last two years, the Maharashtra Anti-Terrorism Squad (ATS) has de-radicalised more than 60 youths from across the state, 20 of whom were from Mumbai.

During the process of de-radicalisation, the ATS learnt that the ISIS used multiple approaches to target naïve youngsters.

ATS sources said the ISIS has a full-fledged online recruitment team - which perhaps plays the biggest role in its war strategy - operating from different parts of the world. This team keep an eye out for youngsters who supporting taking up arms to protect Islam or show an interest in the ISIS' ideology.

Once such "vulnerable" youths are identified, they are radicalised, put through to several recruiters, and eventually, handed over to an Indian handler. The Indian recruiter then facilitates their journey to Syria through different routes.

ATS officials cite the example of a 20-year-old who was poached via Facebook. The man once 'liked' a post on FB supporting some hardliners. The post decried the treatment of Muslims as "second-rate citizens" and how they are being targeted across the world. Soon after, a private message popped up on the young man's account. 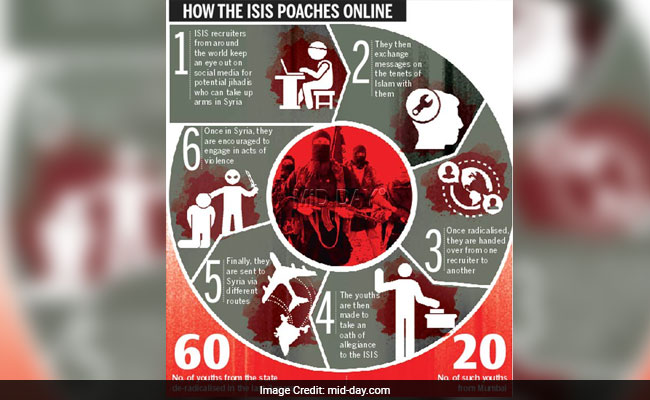 The message sender initiated an interaction on Islam and later, began teaching him more about the religion. The new 'friend' then progressed onto luring the youth, with offers of world tours and good job opportunities.

It was only after the man fell for the ruse that the friend revealed his true intentions.

ATS sources said all of these interactions form the first level of recruitment. Once a youth is radicalised, the ISIS recruiter hands him over to a 'superior' under the pretext of going to war.

The youngster goes through two to three more such recruiters, before being left in the charge of an Indian handler.

The ATS has found that after radicalisation comes the vow of allegiance. A brainwashed youngster is told to take the baiyah (an oath of allegiance) in writing or through an audio/video recording sent via social media. ISIS recruiters threaten frightened youngsters looking for a way out by warning them that there's no going back once the oath is taken.

An ATS source said the baiyah is proof enough to nail radicalised youths. "If a victim takes the oath, then we can book him under the Unlawful Activities (Prevention) Act because it is a confirmation that he joined the outfit. The electronic evidence [of interactions with ISIS recruiters] will bolster the case."

To convince radicalised youths who don't hold passports to make the final trip to Syria, the ISIS recruiters tell them that they would have to undertake a journey to Dar al-Islam (the land of Islam) from Dar al-Kufr (the land of disbelief) to re-take their oath.

The youngsters are strictly proscribed from discussing the plan with outsiders and are encouraged to take their families along to Syria.

He said none of the 60 cases of radicalisation is similar to the other. "Every case is different."

(Except for the headline, this story has not been edited by NDTV staff and is published from a syndicated feed.)
Comments
ISIS Recruits In IndiaISIS IndiaISIS recruitment