The gold and diamond ornaments and Rs 2,530 out of the stolen amount of Rs 13,000 have been recovered from the woman (26), who was hired by a telecom export promotion council official in December last year through an acquaintance. 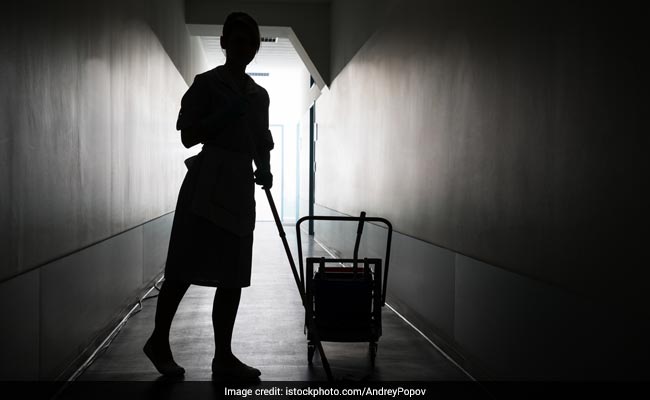 A police team was sent to the native village of the house help in Bhubaneshwar. (Representational)

A house help who fled with her Delhi employer's cash and jewellery worth over Rs 45 lakh was arrested with the help of technical surveillance of the phones of random people she used on the way to her home in Odisha, the police said Thursday.

The gold and diamond ornaments and Rs 2,530 out of the stolen amount of Rs 13,000 have been recovered from the woman (26), who was hired by a telecom export promotion council official in December last year through an acquaintance, they said.

Police said that they received a complaint on July 22 from Sarbani Dasgupta, a deputy director in the Telecom Export Promotion Council, about a theft at her house in Paryavaran Complex.

During enquiry, it was found that the complainant had engaged a fulltime house help in December last year but her police verification was not done, they added.

According to police, Ms Dasgupta alleged in her complaint that on July 22 she came home after attending her brother's marriage in Kolkata and went to work after keeping all her jewellery in a cupboard.

When she returned in the evening, she found her house open and ransacked, and the help was missing alongside the jewellery and the cash.

She got suspicious and called her house help but her phone was switched off.

Senior police officer Atul Kumar Thakur said a team was sent to the native village of the house help in Odisha's Bhubaneshwar.

As there was no direct bus services from Delhi to Bhubaneshwar due to Covid restrictions, the accused changed several buses and took other means of transport to reach Odisha, he said.

"The accused woman used the mobile phone of shopkeepers, bus driver and co-passengers to call her husband and friends. On the basis of these phone calls, our team managed to track her route."

"On the basis of a technical surveillance, the team managed to arrest the accused from Odisha and she has been brought Delhi," Mr Thakur said.