The admonition was apparently meant for colleagues in the Congress in Kerala, who had flagged the issue to Sonia Gandhi at the party's parliamentary office in Delhi. Mr Tharoor, along with KV Thomas and Mani Shankar Aiyar, were invited to the CPM seminar. 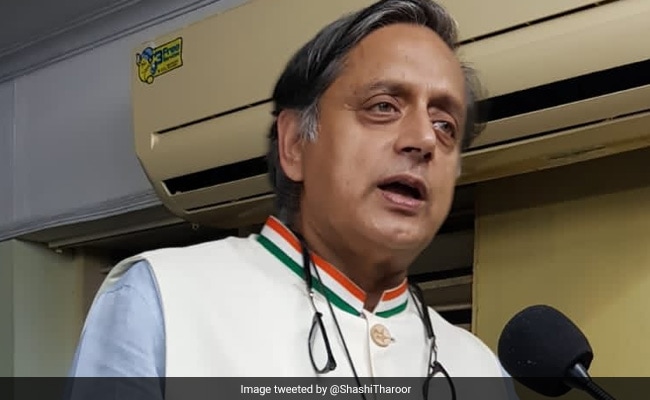 Congress leaders in Kerala made frequent complaints to the Central leaders about Shashi Tharoor.

Shashi Tharoor, ordered to stay away from a CPM seminar next month by Congress chief Sonia Gandhi, took a step back today. But his statement making the announcement had a sting in the tail.

Recounting that he had earlier turned down a similar CPM invite after a discussion with Mrs Gandhi -- "a suitable decision... taken without media controversy" -- he added that a similar procedure "could have been easily followed this time".

"I regret that some preferred the unseemly public airing of internal differences, thereby creating a needless controversy in a matter in which AICC's view was binding. I hope wisdom will prevail in future," he added.

The admonition was apparently meant for colleagues in the Congress in Kerala, who had flagged the issue to Sonia Gandhi at the party's parliamentary office in Delhi. Mr Tharoor, along with KV Thomas and Mani Shankar Aiyar, were invited to the CPM seminar.

Mrs Gandhi's unequivocal message was to listen to the state Congress and came days after Mr Tharoor brushed the dust off his G-23 credentials by attending a meeting of dissidents at the house of party colleague Ghulam Nabi Azad. Mani Shankar Aiyar was at the meeting as well.

The Congress, which vies with the CPM traditionally for power in the state, had banned attendance to the event.

Mr Tharoor's differences with the state party unit have made headlines over the years.

The last one was in December, after he refused to sign a petition against a railway project. State party chief K Sudarshan had said Mr Tharoor will be shown the door if he refuses to toe the party line. The matter had escalated after Mr Tharoor appeared to praise CPM's Chief Minister Pinarayi Vijayan.

The state leaders have made frequent complaints to the Central leaders about Mr Tharoor but made no headway -- until now.

In his statement, Mr Tharoor explained why he wanted to attend the meeting, pointing out that the topic "does not involve any matter of sensitivity in Kerala but is on "Centre-state relations", where there is no real difference of opinion" with the CPM, which is also a party with which the Congress has a "cooperative relationship nationally.

"The event sets a fine example of intellectual exchange of policy issues among 'anti-BJP opposition parties' which in principle should be encouraged," he added.

There was also a message for the party's Central leadership: "Broader questions of our relations with the CPM at the national level, the specific topic of Centre-state relations, and the manner in which invitations from other political parties should be handled, remain to be addressed separately".

That Congress should be proactive to create a platform with other like-minded parties to take on the BJP in 2024 was one of the demands of the dissidents who met at the house of Ghulam Nabi Azad last week, triggering speculation about a possible split in the party.

Mr Tharoor -- an original signatory of the explosive letter to Sonia Gandhi demanding sweeping organisational changes but a fence-sitter when it came to Gandhis -- had attended the meeting, where at least 18 leaders were present.

The statement released at the end of the meeting had called for a "collective, inclusive leadership" in the party.