Security agencies are concerned with ground reports that suggest Pakistan has begun expanding its mobile network coverage along the Line of Control and the International Border, an official said. 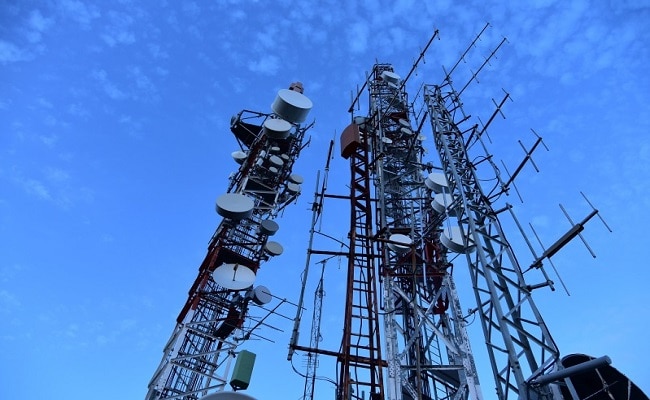 The Ministry of Home Affairs on Tuesday reviewed the security grid in Jammu and Kashmir and expressed concerns over Pakistani mobile towers functioning along the borders of J&K, days after a drone attack at the India Air Force base in Jammu.

The review meeting, chaired by Union Home Secretary Ajay Bhalla, was also attended by the Director of the Intelligence Bureau Arvind Kumar and lasted over two hours.

At the meet, a detailed presentation about the prevailing security setup and the challenges ahead, especially from drones were made by Jammu and Kashmir's Director General of Police (DGP) Dilbagh Singh.

"The security apparatus and challenges being posed from across the border were discussed in the meeting," a senior official, privy to the developments, told NDTV.

According to the official, security agencies are concerned with ground reports that suggest Pakistan has begun expanding its mobile network coverage along the Line of Control (LoC) and the International Border (IB) in Pakistan-occupied Kashmir (PoK).

"This is a major area of concern and jamming their communication waves was discussed. There was a detailed review of measures put in place to stop any future attempt of a drone attack," the official said.

Security in Jammu and Kashmir has been on high alert over the last two weeks, especially after two low-intensity explosions were reported on June 27 in the technical area of Jammu Air Force Station.

Meanwhile, investigations so far have suggested that the explosions inside the premises of the Air Force Station in Jammu on June 27 and a subsequent blast, after about six minutes, were carried out by drones in a well-planned conspiracy.

"The probe so far suggests that drones used in the blast carried approximately 1.5 kg of RDX. The blast was carried out by the Lashkar," a senior official told NDTV.

According to him, the probe also suggests that drones were operated through GPS and were handled manually by the operators.

The investigators who have scanned the CCTV footage of the area, including from cameras installed on the boundary walls of the airport, are yet to determine the flight path of the drones.

However, all the CCTV cameras were facing the road, the officials said. The drones that dropped the explosives were either flown back across the border or to some other destination during the night, they suspect.

The aerial distance between the Jammu airport and the International Border is 14 km.

The IAF station located at the Jammu airport continues to remain out of bounds for everyone as investigators are gathering every bit of evidence available on the ground.