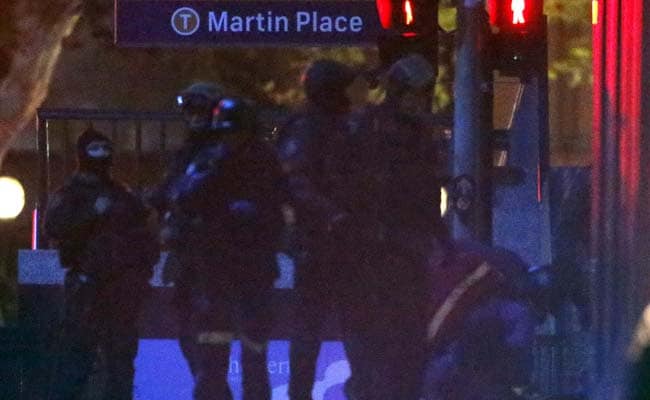 The threat tweets warned of a hostage drama in Bengaluru, on the lines of Monday's event at Martin's Place in Sydney. (Reuters)

Bengaluru: Bengaluru has been put of high alert Monday following tweets on Twitter threatening a repeat of the hostage drama at a cafe in Australia's Sydney, Karnataka Home Minister KJ George said.

"A high alert has been sounded in Bengaluru after police received tweets on its Twitter account threatening to re-enact a Sydney-like hostage drama in the city," Mr George told reporters at Belgavi, where the 10-day winter session of the state legislature is underway since December 9.

The latest terror threat came after a city police officer received a threat tweet on Sunday from an unknown Twitter account for arresting Islamic State (IS) terror group's radical supporter Mehdi Masroor Biswas from the city on Saturday.

"All police officers in the city have been put on high alert and told to step-up vigil to prevent any untoward incident, check suspicious movements and beef up security in sensitive areas and at vital installations," city Police Commissioner MN Reddi told reporters later.

With an Indian employee of global software major Infosys being one of the hostages held by the unidentified gunman in a Sydney cafe, police directed hotels, pubs, cafes, malls, multiplexes and IT firms to ensure safety and security of their employees and guests.

"We have received threatening tweets as our Twitter account (hashtag) is in public domain. We have asked Twitter's Indian arm to submit details, as the volume of data is huge, especially pertaining to Mehdi's tweets on IS activities in Iraq-Syria," Reddi said.

Promoted
Listen to the latest songs, only on JioSaavn.com
Meanwhile the National Intelligence Agency (NIA) has joined the crime branch's investigation team to interrogate Biswas, who is in five-day police custody over his virtual and actual relations with the Islamic State militant group.