Rainfall will decrease after 24 hours in cyclone-affected regions and the sky will mostly be cloudy, an official said. 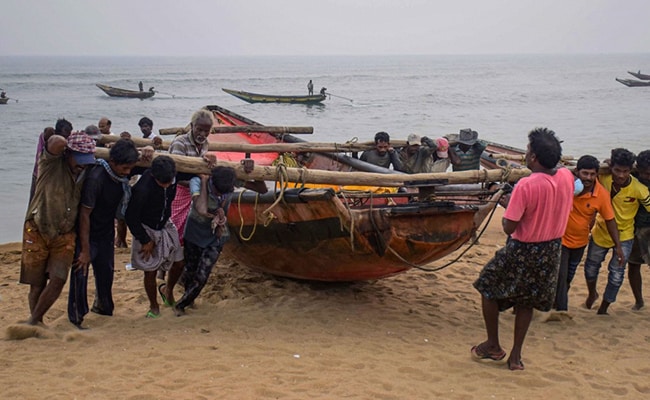 Fishermen have been advised to not venture out into the sea till November 10, the weather office said

HR Biswas, director of India Meteorological Department (IMD), Bhubaneswar, on Saturday said that heavy downpour with high-speed wind of 70-80 kmph is likely in the north coastal districts of Odisha due to the severe cyclonic storm ''Bulbul".

"Heavy to very heavy rainfall with high-speed wind upto 70-80 kmph is likely to occur in the north coastal districts of Jagatsingpur, Balasore, Bhadrak, Mayurbhanj and Kendrapada within 24 hours under impact of severe cyclonic storm Bulbul," he said while speaking to ANI in Bhubaneshwar.

"The officials are at work and coordinating with different teams to provide a minute to minute update to the people. Paradip district has received rainfall of 106.9 millimeters in last 24 hours across Odisha," Mr Biswas added.

He also said that rainfall will decrease after 24 hours in cyclone-affected regions and the sky will mostly be cloudy. "The fishermen have been advised not to venture into the sea till Sunday (November 10)," he said.

''Bulbul'' is moving towards West Bengal and Bangladesh. It is likely to make landfall in Bangladesh with wind speed of around 110-120 kmph late evening or at night today.