The case involving Union minister Ajay Mishra pertains to the murder of Prabhat Gupta in Lakhimpur Kheri in 2000. 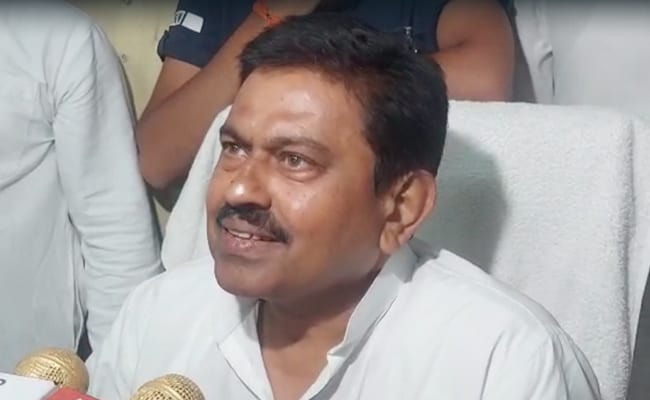 Ajay Mishra had faced trial for the murder of Prabhat Gupta and was acquitted in 2004. (File)

The Allahabad High Court on Tuesday deferred till October 17 hearing on an appeal filed by the Uttar Pradesh government in 2004 against Union minister Ajay Mishra's acquittal in an over 20-year-old murder case.

Justices Ramesh Sinha and Renu Agrawal of the Lucknow bench of the high court passed the order. The case pertains to the murder of Prabhat Gupta which took place in Lakhimpur Kheri in 2000.

In the course of the hearing, Ajay Mishra's lawyer apprised the bench that the minister had sought transfer of hearing in the case to the principal bench of the Allahabad High Court but the chief justice refused to accept the plea.

The lawyer said Mr Mishra then moved the Supreme Court where his petition is likely to be taken up within the next few days and hence, the hearing on the appeal should be postponed till then.

Jyotindra Mishra, the lawyer representing the victim, vehemently opposed this and pointed out that the present appeal against Ajay Mishra's acquittal was filed way back in 2004. He said the adjournment was sought on the same ground earlier as well.

After hearing the lawyers, the bench said, "As the special leave petition has been filed in the Supreme Court, and a diary number has been allotted, this court deems it appropriate to adjourn the matter, but no adjournment will be granted on this same plea on the next date."

Ajay Mishra, Union Minister of State for Home, had faced trial for the murder of Prabhat Gupta and was acquitted in 2004, after which the state filed the appeal.