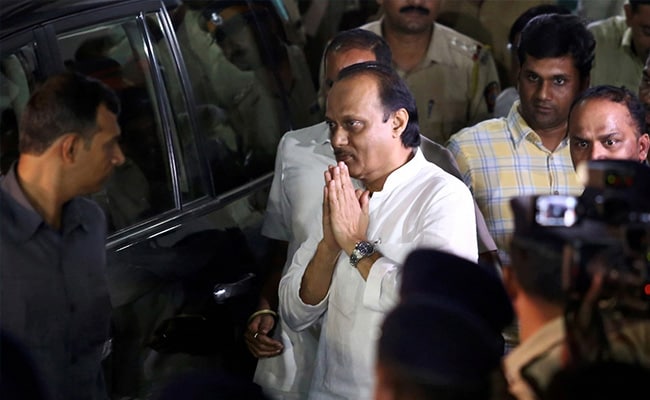 NCP MLA Ajit Pawar, who last week went with the BJP in Maharashtra in an attempt to form government that eventually did not work out, today said the new NCP-Shiv Sena-Congress combine has "passed the first exam" as it sailed through a floor test today.

"We have passed the first exam of floor test and the second test is for the Speaker's post and we are confident of clearing it too," said the nephew of Nationalist Congress Party chief Sharad Pawar.

The BJP's 105 MLAs led by former chief minister Devendra Fadnavis walked out of the house as the floor test started today. They objected to the change of temporary Speaker from the BJP's Kalidas Kolambkar to the NCP's Dilip Walse Patil. A permanent Speaker will be elected on Sunday.

NCP spokesperson Nawab Malik criticised the BJP for walking out of the assembly. "Oath taking ceremony was conducted. Vidhan Sabha session held and pro-tem speaker appointed with the consent of the Governor and floor test was held as per the orders of the Supreme Court. BJP is only trying to save face," Mr Malik said.

Ajit Pawar returned to the NCP fold after a brief stint as the deputy to Mr Fadnavis when it became clear the BJP did not have the number to form government. The NCP leader's short whirlwind days as deputy to Mr Fadnavis were marked by twists and turns as he appeared to be trying to speak for all of NCP, while his uncle Sharad Pawar objected to his ways.

At least 169 members voted in favour of the new alliance, Maha Vikas Aghadi, in the 288-member assembly. Four abstained from voting. Chief Minister Uddhav Thackeray and the Shiv Sena's Subhash Desai did not vote as they are not members of the house.