Hate Speech From BJP's Vinay Katiyar: "Why Do Muslims Live In India?"

BJP Rajya Sabha Member Vinay Katiyar today said "Muslims have been given their share (of land). They should go to Bangladesh or Pakistan" 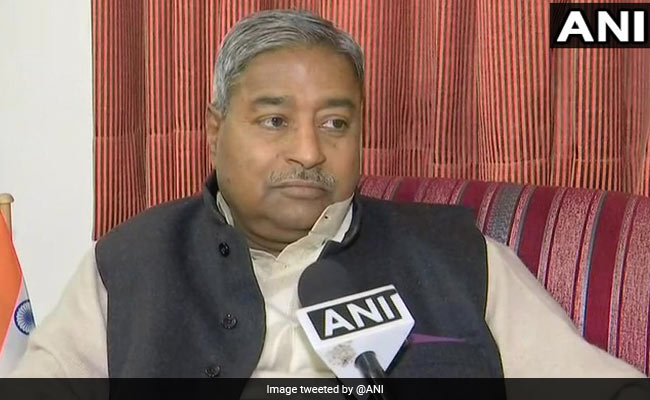 New Delhi: Senior BJP lawmaker Vinay Katiyar today said Muslims have "no business being in India" and they should go live in Pakistan or Bangladesh. The 63-year-old Rajya Sabha member -- one of the key campaigners for a Ram temple at the Babri mosque site in Ayodhya - also blamed Muslims for partition and demanded strict punishment for those who don't respect Vande Mataram or the Indian flag.

The lawmaker's comment came in the backdrop of the call of Asaduddin Owaisi, the leader of All India Majlis-e-Ittehadul Muslimeen, for a law that punishes anyone who calls an Indian Muslim a "Pakistani" with a three-year jail term. Mr Owaisi had made the point that calling Indian Muslims Pakistanis was an insult, since they had rejected Mohammad Ali Jinnah's two-nation theory and chose to stay in India.

"Muslims should not stay in this country," Mr Katiyar said today. "They have partitioned the country on the basis of population. So why are they here? Muslims have been given their share. They should go to Bangladesh or Pakistan... they have no business being in India."

The leader, who founded the youth wing of the right-wing group Vishwa Hindu Parishad, also demanded that a new law be framed in parliament that would punish those "who do not respect Vande Mataram, (and) those who insult the national flag, or hoist the Pakistani flag."

Last week, the lawmaker had blamed "pro-Pakistan" elements for the recent violence in Kasganj to avenge the death of a 22-year-old man during the Republic Day celebrations. "These people killed our worker.... They (Muslims) started it and the government is taking strict action against them. It needs to take stricter action," Mr Katiyar had said.

Promoted
Listen to the latest songs, only on JioSaavn.com
Mr Owaisi dismissed Mr Katiyar's comments. "Now what can we say? His tenure is about to end... a candle flares up when it comes to an end."

Mr Katiyar had triggered another controversy last week, saying Taj Mahal stands at the site of temple and should be re-named Tejo Mandir. It had triggered outrage on social media and brought forth the crushing "troglodyte" comment from Congress lawmaker Shashi Tharoor.