Vinay Katiyar alleged that the mosque was demolished by the Congress to topple his party's governments in states. 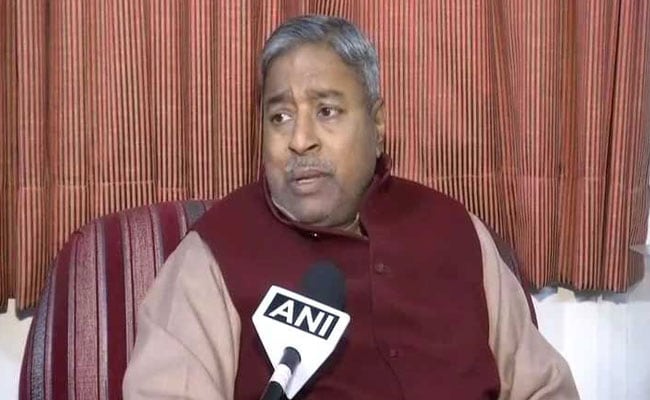 After being acquitted by a CBI court in the Babri case, BJP leader Vinay Katiyar denied allegations of involvement in the conspiracy to bring down the structure.

Vinay Katiyar alleged that the mosque was demolished by the Congress to topple his party's governments in states.

The special CBI court on Wednesday acquitted all 32 accused, including BJP veterans LK Advani, MM Joshi and Uma Bharti, of involvement in the destruction of Babri Masjid 28 years ago.

In a 2,300-page judgment, the CBI court said there was no conclusive evidence against the accused of being part of any conspiracy to bring down the structure in Ayodhya.

Reacting to the judgment, Vinay Katiyar told news agency PTI that no "conspiracy meeting" took place at his residence on December 5, 1992, a day before the mosque was demolished.

"Only symbolic karseva was planned," he said.

"Advani ji had reached Ayodhya that night and was staying at Janki Mahal. As he was my senior leader, I invited him for dinner at my residence. We had dinner and discussed a 'sanketik karseva' (symbolic karseva) the next day. We took a decision that no karseva will be allowed near Babri Masjid," he added.

Vinay Katiyar alleged that Babri Masjid was demolished by the Congress.

"Babri Masjid was demolished by the Congress and we were made the accused. It was a conspiracy of the Congress to topple our governments in states through the demolition," Vinay Katiyar claimed, adding that they never wanted to demolish the structure.

He also claimed that a conspiracy was hatched to mix some "unknown elements" among the "karsevaks".

They provoked and started demolishing the structure, he said, claiming that they had only asked "karsevaks" to bring some sand and Saryu water for a symbolic "karseva".

We were unable to understand how people went out of control, he said.

Vinay Katiyar demanded that an inquiry must be initiated to probe the role of the Congress and its leaders in the demolition of the masjid.

When asked about the Gyanvapi mosque in Kashi and Shahi Idgah mosque in Mathura, the BJP leader said, "No other mosque will be touched now. Let peace prevail in the country."