Haryana Imposes Ban On Sale Or Use Of Firecrackers In NCR

A release issued by the state government here on Wednesday said according to the CPCB, Fatehabad, located outside the NCR, has recorded air quality in the "severe" category this month. 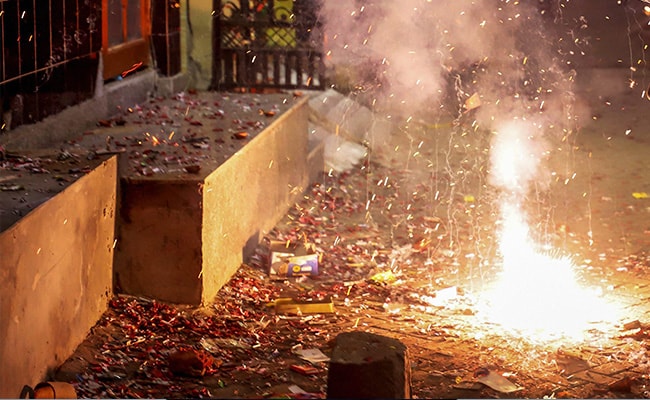 A release issued by the state government here on Wednesday said according to the Central Pollution Control Board (CPCB), Fatehabad, located outside the NCR, has recorded air quality in the "severe" category this month.

"Similarly, Hisar, Bahadurgarh, Ballabhgarh, Dharuhera, Kaithal, Kurukshetra and Manesar are falling under "very poor" category of air quality and Ambala, Narnaul, Palwal and Sirsa in "poor" air quality, therefore, adhering to the NGT order, the sale and use of firecrackers will also be banned completely in these districts (including Fatehabad)," the release said.

However, in other districts of Haryana, people can burst crackers for two hours on Diwali.

A bench headed by NGT Chairperson Justice Adarsh Kumar Goel clarified that the direction will apply to all cities and towns in the country, where the average ambient air quality in November (according to last year's available data) fell under the "poor" and above categories.

"The cities/towns where air quality is "moderate" or below, only green crackers be sold, and the timings for use and bursting of crackers be restricted to two hours during festivals like Diwali, Chhath, New Year/Christmas Eve etc., as may be specified by the state concerned," it said.