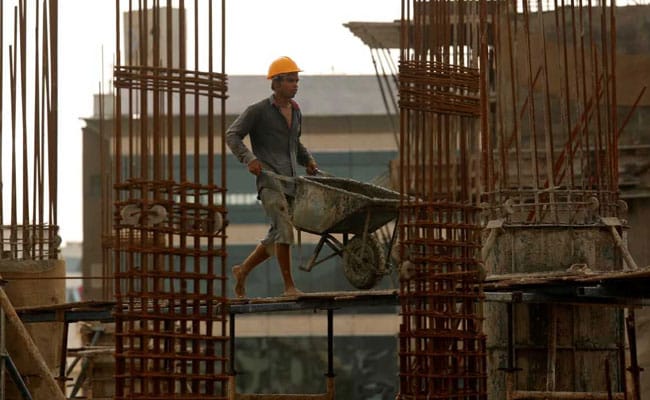 The GSDP of Haryana at constant prices has been estimated as Rs.5.26 lakh crore

Speaking to reporters after presenting the budget in the Assembly in Chandigarh today, the minister said that no fresh taxes have been proposed and the existing rates of taxes have been left untouched.

Unfolding the proposals contained in the budget, he said the present government aims to put the state in a high growth trajectory and fulfilling the aspirations of the people.

"Transparency and accountability has been the priority of our government," he said.

Replying to a question, he did not elaborate on the two new schemes to provide financial and social security cover to families of farmers and those of workers in unorganised sectors, saying modalities were being worked out and details will be shared soon. An outlay of Rs 1,500 crore has been provided in the budget for these schemes.

He, however, said that "the state for the first time has made such a historic provision, which never before any government had made".

The budget seeks to combine fiscal prudence with sagacious utilisation of resources and idle funds to optimise their use and effect, he said.

Riding the crest of better realization of both tax and non-tax receipts, Abhimanyu said he has not allowed himself to cross the fiscal barriers.

While fiscal deficit and debt-to-GSDP ratio have been kept within limits, the pace of reversal of the trend of rising financial deficit has been hastened.

He said that the economy of Haryana is growing at a fast clip.

Abhimanyu said during 2018-19, as per Advance Estimates, the GSDP of Haryana was expected to achieve a growth of 8.2 per cent, against 7.2 per cent recorded at the national level.

The Finance Minister said since 2014-15, the per capita income of the state is estimated to have increased by over 34 per cent at constant prices.

He said that Haryana had emerged as one of the best financially administered states in the country. This is clearly manifested by the fact that all the fiscal parameters, except revenue deficit, are well within the limits prescribed by the Fourteenth Finance Commission and the FRBM Act.

Moreover, the government has been able to reverse the increasing trend of revenue deficit, he said.

Abhimanyu said that by following prudent fiscal management policies, fiscal deficit had been kept within the limit of 3 per cent prescribed by the 14th Finance Commission though the demand for funds for development activities had increased manifold over the years.

He said the state government plans to transform the agriculture sector completely by diversification of crops.

The minister said that along with providing quality education, the State Government is focusing on provision of inclusive, equitable and employable education to develop students as vital resources of the nation.

He said the state has lived up to the credentials of a welfare state wedded to the welfare of women and children, Scheduled Castes (SCs) and Backward Classes (BCs) and ex-servicemen and has raised the outlay on all three counts in the budget.

The Haryana government has taken a unique initiative by negotiating with banks to provide several benefits to government employees under corporate salary package, he said.

Under this scheme, four banks, SBI, HDFC, PNB and HARCO Bank, have been selected for providing benefits such as - natural death cover of Rs. 2 lakh, medical facility of Rs. 50,000 and accidental insurance to employees, up to Rs 30 lakh.