The altercation began after the Punjab Chief Minister said that mere words of regret from the UK Prime Minister is inadequate, and demanded a formal apology from the European country. 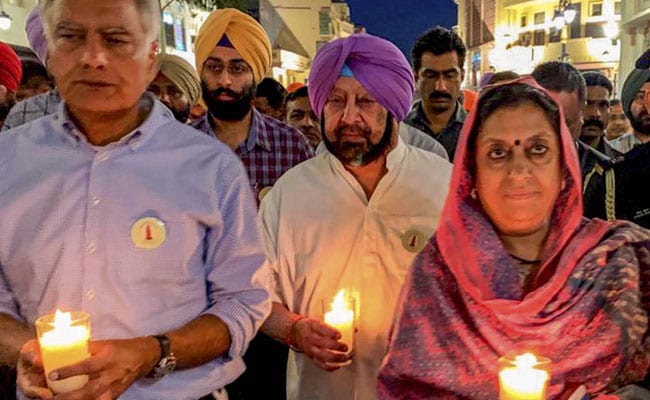 Amarinder Singh said that India expects a formal apology from the British government.

The altercation began after the Punjab Chief Minister said that mere words of regret from the UK Prime Minister is inadequate, and demanded a formal apology from the European country. "The #JallianwalaBaghMassacre remains a blot on Britain's face and we want an unequivocal official apology from them. Regret by their PM @theresa_may is not enough for such a monumental barbarity," he tweeted.

The Union Cabinet Minister, who belongs to the Shiromani Akali Dal, immediately pounced on the statement to remind Mr Singh that the Congress has not apologised for Operation Blue Star, a military exercise against Sikh extremists that resulted in the death of 493 people.

"@capt_amarinder is seeking apology from British Govt for #JallianwalaBaghMassacre. What about an apology from Gandhis for #OperationBlueStar?" she asked.

She followed it up with another barb. "Pb CM @capt_amarinder took @RahulGandhi to Sri Akal Takht Sahib but lacked courage to ask him to admit the @INCIndia's sin of demolishing Sikhs' highest religio-temporal seat with tanks & mortars. What a contrast with demand for British apology for #JallianwalaBaghMassacre!" Ms Badal said, referring to Congress president Rahul Gandhi's visit to Punjab last night.

The Chief Minister, not to be outdone, replied with an equally scathing tweet. "Did you, your husband @officeofssbadal or his father, Parkash Singh Badal, ever apologise for your great grandfather, Sardar Sunder Singh Majithia's lavish dinner to Gen Dyer on the day of the Jallianwala Bagh massacre? He was later knighted in 1926 for his loyalty and his deeds," he said.

The battle of tweets happened on a day when the country was observing the centenary of the Jallianwala Bagh massacre, which claimed the lives of nearly 1,600 peaceful protesters against the British rule in 1919. "Remembering the martyrs of Jallianwala Bagh Massacre on the centenary of the most gruesome incident in Indian history. The sacrifice and valour of the martyrs of this tragedy will never be forgotten. The nation remains indebted to them," Mr Singh had tweeted earlier today.