"India believes that the goal of nuclear disarmament can be achieved through a step by step process underwritten by universal commitment and an agreed, multilateral framework that is global and non-discriminatory," Harsh Vardhan Shringla said. 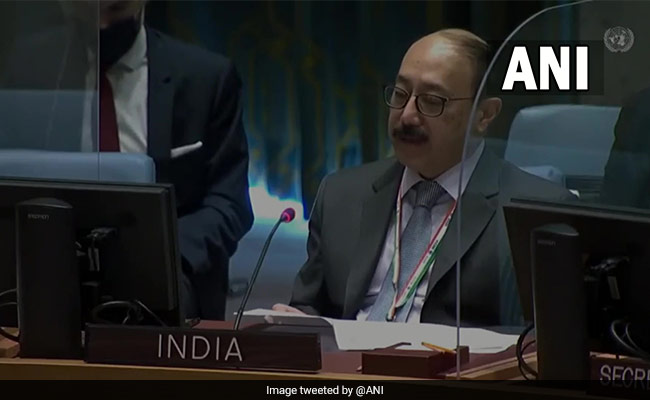 Foreign Secretary was speaking at the high-level plenary meeting of the UN General Assembly. (File)

India will engage with all member states in a "spirit of openness" towards realising a nuclear weapons-free world, Foreign Secretary Harsh Vardhan Shringla said on Tuesday, reiterating that the goal of nuclear disarmament can be achieved through a step-by-step process underwritten by a universal commitment and an agreed multilateral non-discriminatory framework.

Speaking at the high-level plenary meeting of the UN General Assembly to commemorate the ‘International Day for The Total Elimination of Nuclear Weapons', Mr Shringla expressed confidence that the meeting will provide further impetus to global collective efforts through a synthesis of various proposals and ideas.

"India believes that the goal of nuclear disarmament can be achieved through a step by step process underwritten by universal commitment and an agreed, multilateral framework that is global and non-discriminatory,” he said.

He highlighted that Prime Minister Narendra Modi has indicated India's openness to new ideas as manifest in the ancient text of the Rig Veda, as he quoted that, 'Let noble thoughts come to us from all sides'.

“It is in this spirit of openness that India will engage with all Member States towards realising a nuclear weapons-free world,” Mr Shringla said.

He voiced India's commitment to the goal of universal, non-discriminatory, and verifiable nuclear disarmament, leading to the complete elimination of nuclear weapons, consistent with the highest priority accorded to nuclear disarmament by the Final Document of the First Special Session of the UN General Assembly on Disarmament (SSOD-1).

"India, as a responsible nuclear weapon State, has a nuclear doctrine outlining credible minimum deterrence with the posture of no-first-use and non-use against non-nuclear-weapon States,” he said.

India's approach is outlined in its Working Paper submitted to the UNGA First Committee in 2006 and to the Conference on Disarmament in 2007, which has an “enduring relevance”, Mr Shringla said.

He pointed out that as the world's sole multilateral disarmament negotiating forum, the Conference on Disarmament is “well placed” to commence negotiations on a Comprehensive Nuclear Weapons Convention.

"Without diminishing the priority we attach to disarmament, India has supported the immediate commencement of negotiations in the CD on a Fissile Material Cutoff Treaty (FMCT) on the basis of CD/1299 and the mandate contained therein, which remains the most suitable basis for negotiations,” he said.

As per the CD/1299, the Conference on Disarmament decides to establish an ad hoc committee on a "ban on the production of fissile material for nuclear weapons or other nuclear explosive devices”.

The Conference directs the Ad Hoc Committee to negotiate a non-discriminatory, multilateral and internationally and effectively verifiable treaty banning the production of fissile material for nuclear weapons or other nuclear explosive devices.

Mr Shringla said India's annual resolution in the UN General Assembly on the ‘Convention on the Prohibition of the Use of Nuclear Weapons' tabled since 1982 enjoys wide support of the membership and calls on the Conference on Disarmament to commence negotiations in order to reach an agreement on an international convention prohibiting the use or threat of use of nuclear weapons under any circumstances.