"Did You Vote For Me?": Gujarat Minister To Women Facing Water Woes

Kunvarji Bavaliya quit the Congress last year to join the BJP and was made a cabinet minister. He won the ensuing Assembly by-election to Jasdan, which falls in Rajkot Lok Sabha constituency. 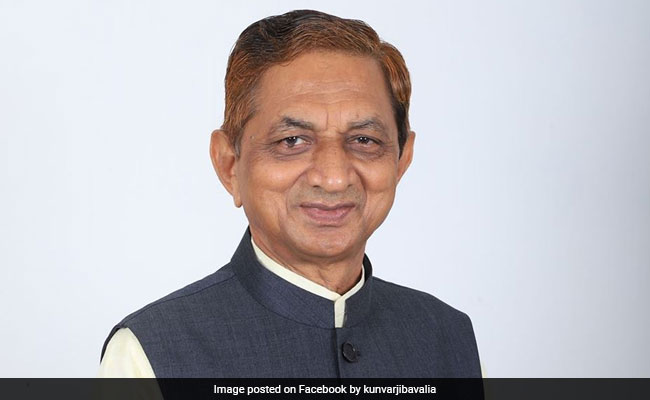 Gujarat water supply minister Kunvarji Bavaliya was caught on camera Saturday telling a group of women who complained about drinking water woes in their village that they should have voted for him.

After the video, shot on mobile camera, went viral, the minister said the question came from "uneducated women" and had been prompted by local politics.

Mr Bavaliya quit the Congress last year to join the BJP and was made a cabinet minister. He won the ensuing Assembly by-election to Jasdan, which falls in Rajkot Lok Sabha constituency.

Campaigning for the BJP candidate at Kanesara village, he faced a group of angry villagers, most of them women, who complained that only half the village gets drinking water.

To which, the minister said only 55 per cent of the villagers had voted for him last time.

"I have the entire water resources ministry, I am in the government, and if required, I can sanction crores of rupees to arrange water supply to the village," he said.

"When I contested the election this time, I got only 55 per cent votes. Why didn't you all come together to vote for me?" he asked.

When questioned by reporters later, Mr Bavaliya defended his remarks, saying the protesters were "uneducated women", and local politics prompted them to ask the question.

He also said that the complaint was not about his ministry, but the local panchayat. "I told them this is a panchayat issue and does not concern my ministry," he said.

Congress leader Hardik Patel lambasted Bavaliya. "If somebody did not vote for the BJP and voted for other party, shouldn't they be given basic amenities? This is vindictive politics," Mr Patel said.