India's stress on developing the Ladakh region by building roads through the Galwan valley into Shyok is believed to be the main trigger for Chinese aggression in the area. 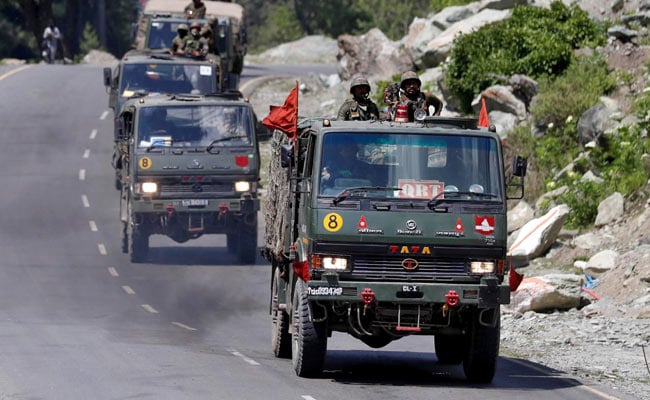 As India and China held talks at Moldo on the Chinese side of Chushul to resume discussions on disengagement, the home ministry reviewed the progress of road construction in border areas.

Sanjeeva Kumar, Secretary (Border Management) reviewed infrastructure along the Line of Actual Control (LAC), the de-facto border dividing India and China, for the second time in five days, underscoring the government's determination to proceed with the plan after the Ladakh face-off.

India's stress on developing the Ladakh region by building roads through the Galwan valley into Shyok is believed to be the main trigger for Chinese aggression in the area.

On June 15, after weeks of tension at various points along the LAC, a deadly brawl erupted between Indian and Chinese soldiers at Galwan Valley in eastern Ladakh, in which 20 Indian soldiers laid down their lives. Army sources say 45 Chinese soldiers were killed or injured.

Most experts watching the India-China situation have said the government building roads and airfields to improve transport links and narrow the gap with China's superior infrastructure on its side of the LAC is a big reason for the current escalation. India recently completed a road from Darbuk to Daulat Beg Oldie, a feeder road to improve its defence along the Galwan heights.

"The focus was to speed up ongoing projects as we are lagging behind in phase two," a senior bureaucrat told NDTV.

"Phase 2", which entails almost 32 strategic roads in the region, was to be completed by 2019. "There have been issues relating clearances so in the meeting focus was to ease these bottlenecks," said the official.

The home ministry also reviewed the progress of procurement of modern construction equipment. The centre fast-tracked the process between 2017 and 2020 and also started using Chinooks to airlift building material.

"India has completed construction of 4,764 km of strategic roads in last six years due to the policy of the centre. And this consistency along the border has changed the dynamics," a source told NDTV.

The surfacing of roads has also doubled; almost 380 km of roads are being surfaced every year, say sources. In 2008-14 only one tunnel was completed but in the last six years, six more are operational and 19 more are being planned.

Connectivity has been ramped up with the construction of bridges. In the last six years, India has managed to build 14,450 metres of bridges linking remote areas along the India-China border.

A massive budget has been assigned to these projects. The allocation for border development has been hiked to Rs 11,800 crore from Rs 8,050 crore last year.

The government emphasizes that road construction along the LAC will continue and India will not be bullied into stopping.