Government Considering Panel to Decide on Revision of Pension: Ex-Servicemen 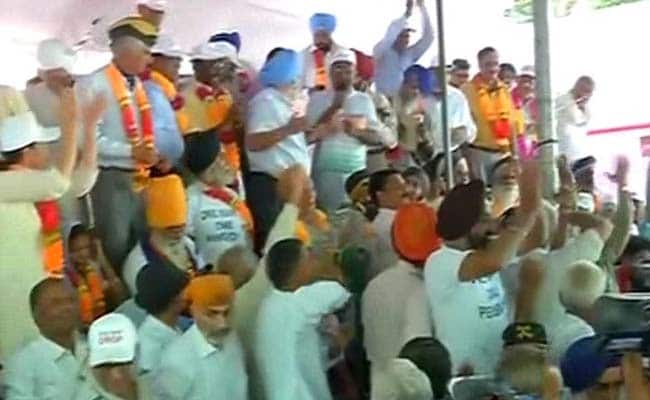 The government is considering appointing a committee under a judge to go into the issue of equalisation of pension.

New Delhi: The government is considering appointing a committee under a judge to go into the issue of equalisation of pension, a leader of the ex-servicemen group fighting for One Rank One Pension said after a meeting with Defence Minister Manohar Parrikar.

Maj Gen Satbir Singh (retd), Chairman of Indian Ex-Servicemen said the government while accepting the concept of the OROP, was still insisting on pension revision every five years and that is why it was thinking of constituting a committee.

Maj Gen Singh said after the meeting that in that case a representative of the veterans and one from the services should also be in the committee. He said the committee should not take more than one month.

Ahead of government's likely announcement of OROP, Maj Gen Singh said government has broadly accepted the concept of the scheme and that they will study the details after it is made public.

The delegation, he said, presented their views on the sticky issues including pension equalisation.

"Government has accepted the OROP concept broadly," the Chairman of Indian Ex-Servicemen movement told reporters after the meeting.

He said it was conveyed to the Defence Minister that no junior should get more pension than senior and that there is nothing like Voluntary Retirement Service in defence forces.

Sounding a conciliatory note, Maj Gen Singh said the government has accepted 60 per cent of the demands of the ex-servicemen.

He, however, said the "bone of contention" -- revision of pension -- still remains.

Later a BJP leader said all demands of the ex-servicemen have been accepted except the pension revision demand. BJP MP Meenakshi Lekhi, who was present at the party chief's house, said government is close to announcing a solution that will cost the exchequer at least Rs 10,000 crore.

The ex-servicemen have been demanding that the pension revision should take place at least in every two years while government has proposed a five-year revision.