Government, BJP Have No Role In CBI Raids On Lalu Prasad And Family: Venkaiah Naidu

The information and broadcasting minister said the Central Bureau of Investigation was doing its duty and acting in accordance with the mandate given to it by law. 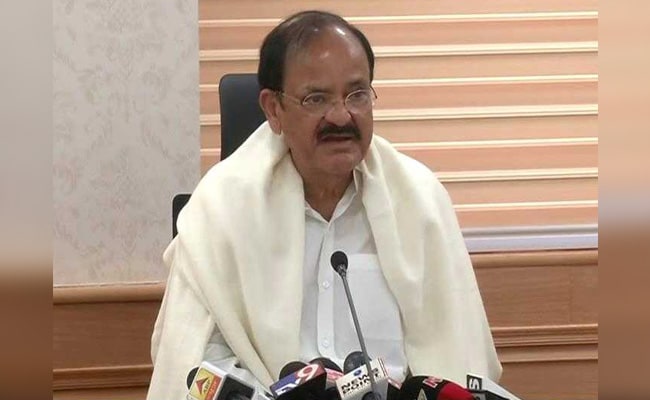 New Delhi: The government and the BJP have no role in the CBI raids against Lalu Prasad Yadav and his family, Union minister M Venkaiah Naidu said today.

The information and broadcasting minister said the Central Bureau of Investigation was doing its duty and acting in accordance with the mandate given to it by law.

"What is political vendetta? Where is BJP in this? I am not able to understand. Do you mean to say that anybody against whom any charge is there, it should not be inquired into at all?" Mr Naidu asked.

"CBI is doing its duty and it is allowed to do so. Earlier it was not allowed... after our government came there is no interference and that is why CBI is free and acting as per the mandate given to it...," he told reporters.

Promoted
Listen to the latest songs, only on JioSaavn.com
The raids against the Rashtriya Janata Dal (RJD) leader and his family started at 7 am today and were conducted at 12 locations in Patna, Ranchi, Bhubaneswar and Gurugram after the investigating agency registered a corruption case.

It is alleged that Mr Yadav as railway minister handed over the maintenance of two railway hotels to a company after receiving a bribe in the form of prime land of three acres through a benami company.