Got To Know Will Be Tripura Chief Minister At 4 pm Yesterday: Manik Saha

Manik Saha, who assumed charge as the chief minister during the day, said his administration will leave no stone unturned in reaching out to the last person with benefits of the welfare schemes. 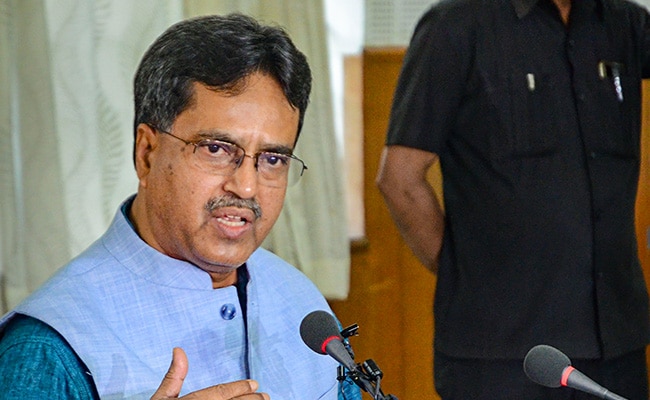 Mr Saha, who assumed charge as the chief minister during the day, said his administration will leave no stone unturned in reaching out to the last person with benefits of the welfare schemes announced both by the Centre and the state.

Asserting that he has good relations with Mr Deb, Mr Saha claimed that he came to know that he would be the next Chief Minister at 4 PM on Saturday.

"I thank Prime Minister Narendra Modi, Union Home Minister Amit Shah, BJP national president JP Nadda and Deb for handing over the baton to me. It is a big responsibility and I will discharge my duties with utmost care," Mr Saha said in his maiden media interaction after becoming the chief minister.

Narrating his journey in the BJP, he said, "I had joined the BJP in 2016 and started work as 'Prestha Pramukh' and worked as in-charge of booth management committee and state-level membership drive. I was given the target to achieve 3 lakh membership and I inducted double the number of people into the party," he said.

Mr Saha said he has completed whatever work was assigned to him and since 2020, when he became the party state president, he has strengthened the organisation in the grassroots level.

"I guess the party leadership was happy with my performance," the dentist-turned-politician said.

Asserting that the law and order in the state is "good enough", he said it would be maintained strictly.

Responding to a query about unrest at a BJP legislature party meeting at the chief minister's official residence on Sunday, Mr Saha said, "BJP is like a family and such things happen in every family. It will be sorted out."

On asked about the Left Front boycotting his swearing-in ceremony held earlier during the day, Mr Saha said, "I had personally called up opposition leader Manik Sarkar inviting him to the programme as we share good personal relations. He said the party has decided to boycott it and he couldn't go against it." Asked about his cabinet, Mr Saha said it will be declared soon, without giving any further details.