Goa election results 2022: The BJP and its allies have 25 seats now, way above the halfway mark in the 40-member house 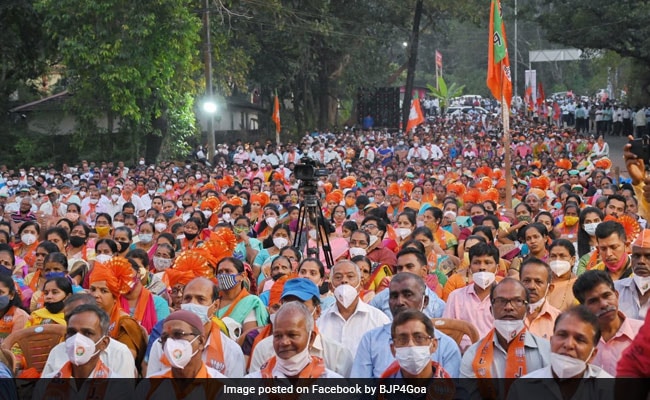 Goa election results 2022: The BJP and its allies will form government in Goa

The regional MGP in Goa has given support to the BJP in the coastal state to form government. The BJP and its allies have 25 seats now, way above the halfway mark in the 40-member house.

The Goa BJP said it would meet with the Governor this evening to stake claim to form government. The BJP earlier said it had the support of three independents - Antonio Vas, Chandrakant Shetye and Alex Reginald.

The Maharashtrawadi Gomantak Party, or MGP, was predicted to be the key player in government formation in the coastal state, which has become a reality now. It was in alliance with West Bengal Chief Minister Mamata Banerjee's Trinamool Congress. But the latest move by the MGP has put that alliance firmly in the past tense.

Chief Minister and BJP candidate Pramod Sawant was leading with a margin of 350 votes from Sanquelim seat.

The Aam Aadmi Party, which took Punjab, got only 3 seats in Goa. The Congress is set to win 12, trends show.

The BJP fought the Goa elections on all 40 seats, while the Goa Forward Party and the Congress agreed on a pre-election alliance.

In a statement, the Goa Trinamool Congress said it has accepted the mandate "with all humility". "We commit ourselves to work harder to earn trust and love...No matter how long it takes, we will be here and we will continue to serve the people of Goa," the Trinamool said in the statement.