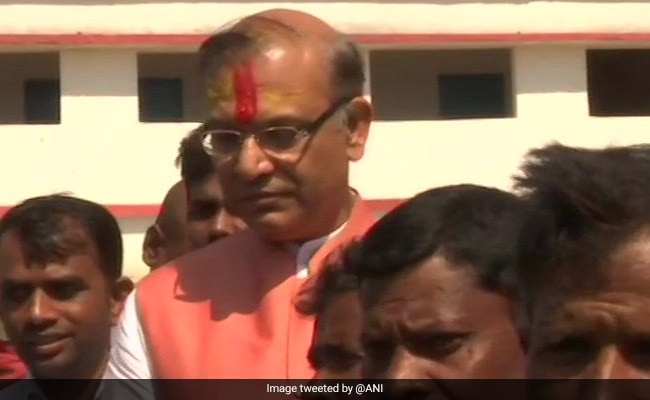 Mr Sinha, a sitting legislator from Hazaribagh, arrived at a polling booth and cast his vote. He is contesting against Congress' Gopal Sahu and Communist Party of India's Bhubneshwar Prasad Mehta from the constituency.

Voting, which began at 7 am, is in progress in four parliamentary constituencies in Jharkhand -- Koderma, Ranchi, Khunti and Hazaribagh.

Out of the 14 Lok Sabha seats in the state, eight are reserved for general category candidates, five for Scheduled Tribe (ST) and one for Scheduled Caste (SC).