Voting was held for 542 of 543 Lok Sabha seats; polling in Vellore in Tamil Nadu was cancelled after the seizure of large stores of cash 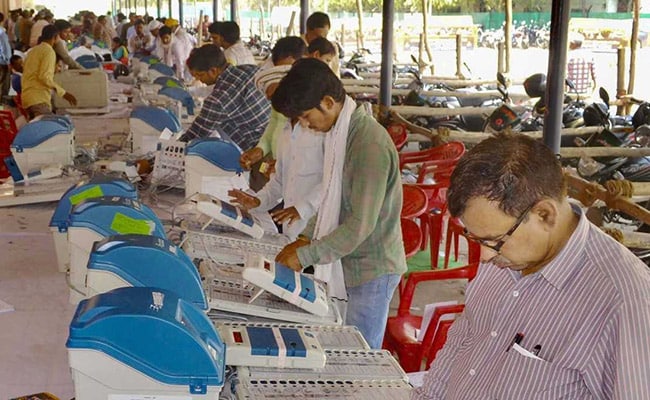 Lok Sabha Polls: Voter turnout is reported as highest ever in history of Indian parliamentary elections

The 2019 Lok Sabha elections, which spanned over six weeks and the votes for which are being counted today, have registered the highest ever voter turnout in the history of Indian parliamentary elections. The final voter turnout stands at 67.11 per cent, the Election Commission announced on Wednesday.

The figure is a slight improvement over the 66.40 per cent recorded through the 2014 general election. The turnout is a marked improvement, however, over turnout in the 2009 election, which stood at 58.19 per cent.

Voting was held for 542 of 543 Lok Sabha seats; polling in Vellore in Tamil Nadu had been cancelled after the seizure of large stores of cash. A fresh date for the Vellore seat has yet to be announced.

The BJP-led National Democratic Alliance (NDA) is expected to return to power, if exit polls are to be believed, with 12 of 14 polls suggesting the alliance will win between 282 and 365 seats.

Phase-wise figures reveal that the lowest polling percentage was recorded in the fifth of the seven phases, in which voting took place across North India and as Ladakh and Anantnag in Jammu and Kashmir, the former of which earned the infamous distinction of having voting spread across three phases in light of security concerns. According to the Election Commission, voter turnout in this phase was 64.16 per cent.

The highest voter turnout was recorded in the first phase when 69.61 per cent of the electorate voted.

Among the states, Himachal Pradesh registered a turnout of 72.25 per cent, which is 7.8 per cent higher than the 2014 polls. Similarly, Madhya Pradesh saw a 9.5 per cent increase in turnout compared to last year - 71.1 per cent compared to 61.57 per cent.

Chhattisgarh recorded 71.48 per cent turnout across its three phases.

Prime Minister Narendra Modi's home state of Gujarat recorded 64.11 per cent turnout, which is the highest since 1976. Chief Minister Vijay Rupani attributed the record to the "Modi wave," saying, "The people of the state are enthusiastic to make Modi prime minister again."

At the other end of the spectrum, Uttar Pradesh saw only a 59.52 per cent turnout. Punjab saw 65.96 per cent voter turnout, which is almost five per cent lower than 2014. In Bihar, the turnout amongst women was higher than men, with 59.92 of the female voters casting their votes and only 55.26 of the men doing the same.

Meanwhile, the Mumbai and Bangalore North seats saw the highest turnout in the "other" category (for voters who identify neither as "male" or "female") with 167 and 105 votes recorded, respectively.