Sources in the agency said the Goldy Brar and Lawrence Bishnoi gangs have contacts with Canada-based Khalistani elements and Pakistan-based ISI agents, and were working at their behest 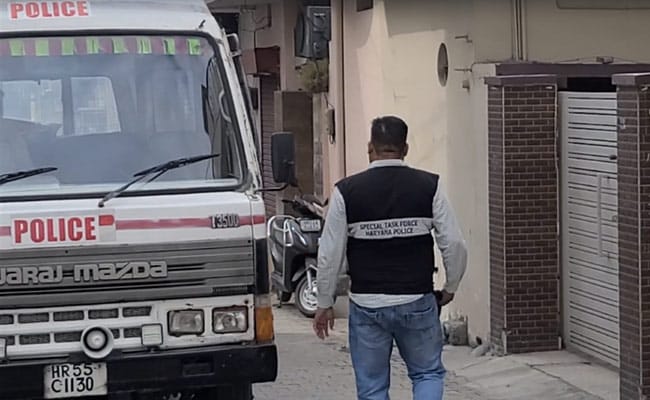 Some of these gangs are even operating from jails, NIA officials said.

Notorious criminal gangs based abroad have formed nexus with terror organisations and drug cartels and are targeting businessmen and professionals including doctors, the National Investigation Agency has said after conducting raids on 50 locations spread across Punjab, Haryana, Delhi-NCR and Rajasthan. One of the criminals was Goldy Brar, accused in the killing of singer Sidhu Moose Wala.

The gangs -- operating from Pakistan, Canada, Malaysia, Australia and other nations -- are carrying out targeted killings to terrorise the people and extort money. They are also smuggling drugs and weapons, said the NIA.

The agency had been planning action against gangsters like Lawrence Bishnoi, Kapil Sangwan, and Neeraj Bawana. The Union Home Ministry had asked the NIA to uproot the entire network, sources said. A dossier of about dozen gangs has been prepared and action is being taken against all those named in it.

"There have been a lot of cases wherein many professionals including doctors and businessmen were getting extortion calls. Some of these cases were not reported by the victims. But we managed to track calls and establish links and after that we conducted the raids," a senior NIA official said.

"These gangs are also using cyber-space to publicise these crimes to create terror among the public at large," he added.

Some of these gangs are even operating from jails, officials said.

"The killing of Shaurya Chakra Awardee Comrade Balwinder Singh in Punjab revealed that most of these conspiracies were being hatched from inside jails of different states," an official said.

Sources in the agency said the Goldy Brar and Lawrence Bishnoi gangs have contacts with Canada-based Khalistani elements and Pakistan-based ISI agents, and were working at their behest. The suspects involved in the rocket launcher attack on the Intelligence wing in Punjab's Mohali in May, were also in contact with these gangsters, sources said.

During today's searches, six pistols, a revolver, a shotgun along with ammunition have been seized. The officials said they have also found drugs, cash, incriminating documents, digital devices, details of benami property and threat letters.