Ganga to be One of the Cleanest River by October 2018: Uma Bharti 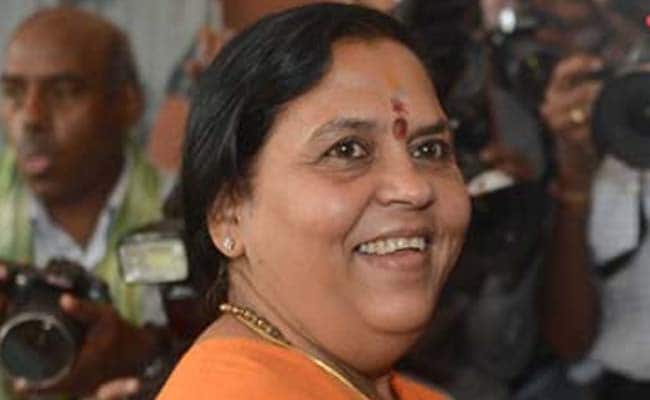 New Delhi: Union Water Resources Minister Uma Bharti today dismissed concerns over alleged slow progress in the Centre's Namami Gange programme saying the NDA Government has resolved to make the river as "one of the cleanest" in the world by October 2018.

"If you think we have stopped taking steps towards clean Ganga, it is not so. Before any big race, a sprinter stops a bit, assesses the destination and then sprints towards it. So, our destination is October 2018 when we will show it to the world that Ganga is one of the cleanest rivers in the world," Ms Bharti said, stressing the Government does not want to work on the programme with an "agitated mind".

The Minister said the Government is faced with two challenges while working on the project: one is to clean the river using technology and the other is to ensure public participation to see it remains so in time to. The latter, she noted to be a bigger challenge.

She also sought participation from CII to support for maintenance system to ensure Ganga remains clean Speaking at Water Innovation Summit 2015 organised by Confederation of Indian Industry (CII) Triveni Water Institute, Ms Bharti stated work on first river-linking project of connecting Ken-Betwa rivers will begin in January-February and preparations for the same have been completed.

On the linking of Ken-Betwa rivers, Ms Bharti said the Central Government enjoyed "complete" protection from Supreme Court over concerns raised by environmentalists.

"For the first time inter-linking of rivers will take place, which will involve two big states Uttar Pradesh and Madhya Pradesh. And we have all the protection from SC in this regard," she said claiming local residents to be affected are in support of the project.

Ms Bharti further said the Centre will move ahead with Damanganga-Pinjal and Par-Tapi-Narmada river-linking projects soon with Maharashtra and Gujarat governments.

She also allayed apprehensions of neighbouring countries saying that India's river-linking projects will not harm their resources and expressed Government's resolution that it was committed towards Brahmaputra flood management.

Among other issues, the Minister invoked Prime Minister Narendra Modi saying newspaper and TV channel headlines are not the barometer to assess India and asserted the country as "quite liberal and tolerant".

She claimed majority of Muslim populace chose to stay back in India had faith in that "they might be troubled by Muslim neigbhours in Pakistan but not those in Hindus in India."