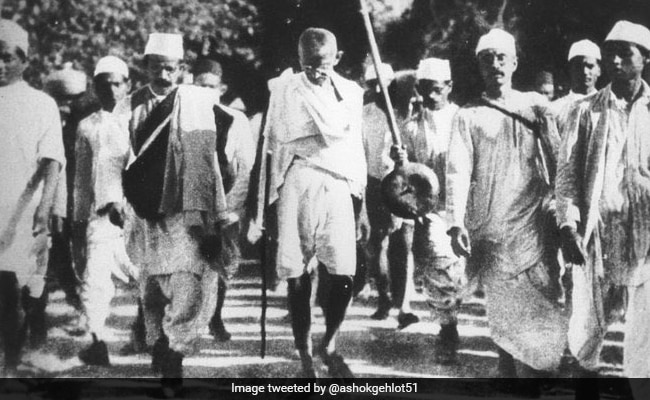 Mahatma Gandhi's ideals of truth and non-violence continue to guide Indians decades after his death. He inspired world leaders such as Nelson Mandela and Martin Luther King Jr. As India today celebrates the 152nd birth anniversary of the great man, the civil society and government have lined up events and programmes to pay homage to the Father of the Nation.

This year, Prime Minister Narendra Modi will interact with Pani Samitis under the government's Jal Jeevan Mission on Gandhi Jayanti from 10 am to 12 noon. The government will also organise gram sabhas across the country in a tribute to Bapu's vision of Gram Swaraj. It's a term coined by Mahatma Gandhi that aims to turn every village into a self-efficient autonomous entity with all facilities.

PM @narendramodi will be interacting with members of GPs/ VWSCs from across the country ???????? on #JalJeevanMission ????. #AzadiKaAmritMahotsav@PMOIndiapic.twitter.com/0iBoRSXUgy

The Ministry of Youth Affairs and Sports has decided to launch a month-long Clean India mission to rid the country of single-use plastic. Mahatma Gandhi had laid immense stress on sanitation and made it an integral part of the Gandhian way of living. To fulfil his vision, the ministry aims to collect 75 lakh kg of plastic waste.

The Arunachal Pradesh government is organising a “freedom to walk and cycle” event on October 2.

A ‘Freedom 2 walk & cycle' event to commemorate the 150th birth anniversary of Mahatma Gandhi is going to be held on 2 October as part of the #AzadiKaAmritMahotsav. We appeal all denizens to come forward and participate in the celebratory occasion of #GandhiJayanti#FitIndiapic.twitter.com/sawa4pBrtD

Several Indian missions abroad have lined up events to mark Mahatma Gandhi's birth anniversary. The Embassy of India in Japan is organising cultural programmes and will also release a video featuring talks by notable Gandhians.

Embassy of India cordially invites you to enjoy a celebratory video for #GandhiJayanti 2021 as part of #AzadiKaAmritMahotsavpic.twitter.com/6KPtqbg7Pu

Mahatma Gandhi was born as Mohandas Karamchand Gandhi on October 2, 1869, in Porbandar, Gujarat. He was given the title Mahatma by Nobel laureate Rabindranath Tagore.