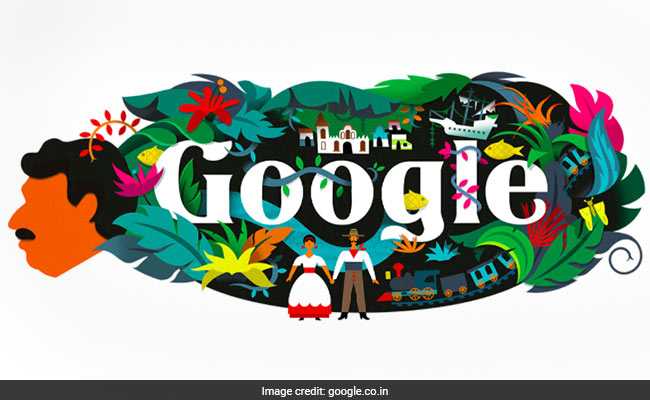 Google pays tribute to Colombian author, journalist and Nobel laureate Gabriel Garcia Marquez, affectionately called Gabo, on his 91st birthday today by honouring him with a Google Doodle. The Google Doodle, depicts the magical city of Macondo, brought to life by the author in his book, 'A Hundred Years of Solitude' with these words: "Deep in the Amazonian jungle, through the lush green canopy and multi-hued vibrance of the hot and humid rainforest, look carefully and you might catch a glimpse of a city of mirrors; a city separated from the world by an expanse of water and yet reflecting everything in and about it; a city that is home to the Buendia family and the site of strange otherworldly happenings."

Born in Aracataca, Colombia, Gabriel Garcia Marquez is considered one of the most prolific authors of the 20th century. In his long literary career, he penned over 25 books, transporting readers into a world of "magical realism", says Google in a post.

Among the novellas, Leaf Stormwas Gabriel Garcia Marquez's first novella and was published in 1955. All the events of the novella take place in one room, during a half-hour period and the story revolves around an old colonel who tries to give a proper Christian burial to an unpopular French doctor.

Promoted
Listen to the latest songs, only on JioSaavn.com
One Hundred Years Of Solitude: Gabriel Garcia Marquez spent 18 months to write this novel that was published in 1967. It chronicles several generations of the Buendia family from the time they founded the fictional South American village of Macondo, through their trials and tribulations, instances of incest, births and deaths.

The Autumn of the Patriarch was published in 1975. This novel, according to the author, is a "poem on the solitude of power". It follows the life of an eternal dictator known as the General.

Chronicle of a Death Foretold, a gripping novella by the author,  was published in 1981. The plot of the novel revolves around Santiago Nasar's murder. In the story, the narrator acts as a detective and uncovers the events of the murder.

Love in the Time of Cholera came out in 1985. The non-traditional love story revolves around two couples. One of the couples was in their seventies, when death was around them.

Some of his other famous works include non-fiction works - News of a Kidnapping, Living to Tell the Tale, The Solitude of Latin America among others. He has also penned down short stories like Strange Pilgrims, Big Mama's Funeral, Eyes of a Blue Dog among others.

For his contribution to literature, Gabriel Garcia Marquez was awarded the Nobel Prize in 1982.