Rasheed Masood was recently admitted to the nursing home for the management of post-COVID complications, the former Union minister's nephew said. 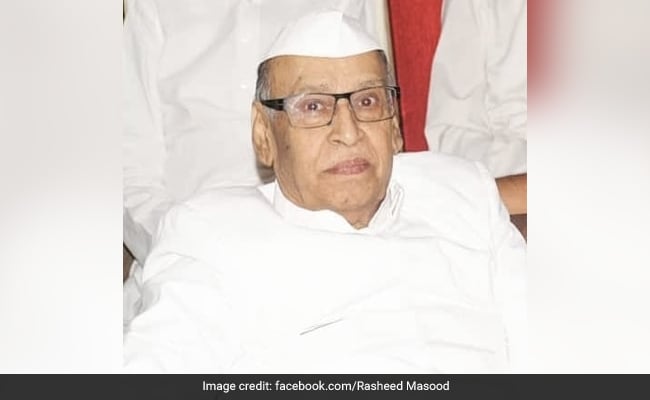 Former Union Minister Rasheed Masood died today at a nursing home in Roorkee at the age of 73.

Mr Masood was recently admitted to the nursing home for the management of some post-COVID complications, said the former Union minister's nephew Imran Masood.

Imran Masood, a former MLA, told news agency PTI that his uncle Rasheed Masood had tested positive for coronavirus some time back and had undergone treatment at a Delhi hospital.

He had recovered from the infection there and had returned to Saharanpur in Uttar Pradesh, said Imran Masood.

His condition, however, deteriorated again a few days ago and he was admitted to a nursing home in Roorkee where he died today morning, said Imran Masood.

Rasheed Masood had been a five-time member of the Lok Sabha from Saharanpur. He was also elected to the Rajya Sabha for a few terms.

Rasheed Masood had won the 1989 Lok Sabha election as a Janata Dal candidate and was the Union Minister of State for Health in the then government.