Opposition says that the government is trying to hide Covid-related deaths.

As India's hospitals filled up and long queues emerged outside crematoriums last month, local journalist Anuj Awasthi says he had a big scoop. Oxygen supplies were being diverted away from his district in Uttar Pradesh to a larger city in the country's most-populous state, he reported.

A few days later, the reporter for the local Kanwhizz Times was handed a so-called show-cause notice by the district administration under a law intended to curb rumors and misinformation. The notice states that the report was false and demanded that he reveal the source of his story and a subsequent Facebook post. Mr Awasthi says he has responded stating that his article contained factually correct information widely reported by other news organizations.

"The government is trying to threaten me and other journalists, hoping issues like lack of oxygen, hospital facilities and deaths never come to the forefront," Mr Awasthi said by phone from UP's Rae Bareli district, which has a population twice the size of Germany and a per capita income of less than $3 a day. 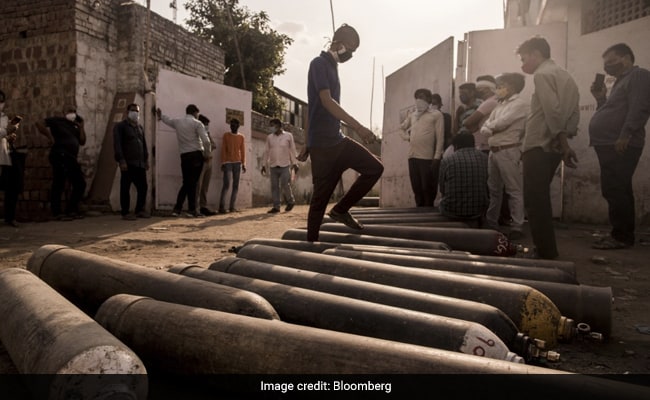 People wait outside an oxygen refilling station in Agra, on May 3.

The regional government's response has been pushed by Yogi Adityanath, the state's chief minister, who is increasingly mentioned as a potential successor to Prime Minister Narendra Modi. In an April video conference with local journalists, Yogi Adityanath said he asked officials to use national security laws to seize property from anyone spreading rumors about shortages and trying to "spoil the atmosphere," the Hindu newspaper reported.

There is no shortage of oxygen anywhere in the state, the Uttar Pradesh government said in an emailed response to questions. No action has been taken against journalists for writing against the government, and steps have only been taken "against such people who have incited hatred, discrimination or violence through misinformation," it said. The government also hasn't issued any order requiring action against those seeking help on social media, the statement said.

Still, police in the state have initiated probes against those they say are falsely spreading fears about oxygen shortages.

The developments appear emblematic of the governing style Yogi Adityanath has adopted since 2017, when he took power on the back of a wave of support for PM Modi's Bharatiya Janata Party. The 48-year-old politician has emulated PM Modi, 70, by mixing pro-business policies to attract investment with moves to silence opposition and stoke divisions among the Hindu majority and Muslims.

So far the strategy has worked: In a January poll by the India Today Group, Yogi Adityanath was rated as India's best-performing chief minister for the fourth time in a row. Companies have pledged billions of dollars in investments, with multinationals including Swedish furniture giant Ikea and South Korean phone maker Samsung Electronics Co. expanding operations in the state. 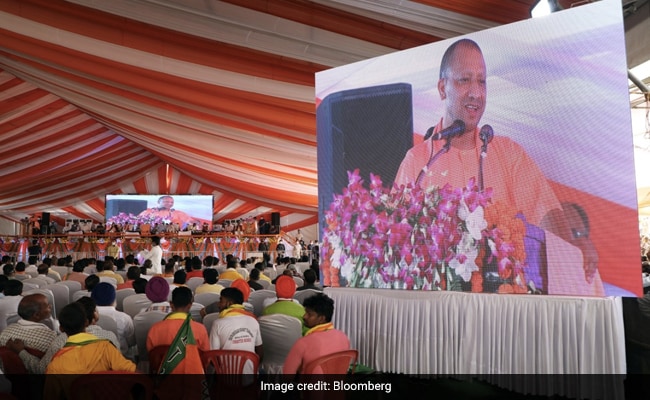 But Yogi Adityanath's record also poses a dilemma for the U.S. and its allies, which have hailed India as a democratic power that help push back against China. The U.S. State Department has criticized some policies in Uttar Pradesh, where authorities have begun seizing property from protesters who opposed a religion-based citizenship law and restricted conversion after interfaith marriages. "If India has to be part of a global democratic order that counters China, then the road chosen by Adityanath in UP doesn't lead there," said Sushant Singh, a senior fellow at the Centre for Policy Research and a visiting lecturer in political science at Yale University. The effort to restrict information about the extent of the virus outbreak in Uttar Pradesh, he added, "doesn't send the right message about India's liberal democratic credentials."

In its statement, the Uttar Pradesh government said that "everyone is given the benefit of government schemes without any discrimination," and people who visit the province can see that "discrimination in the name of religion and family is now history here."

Uttar Pradesh reported a little over 20,000 new cases on May 12, a fraction of the roughly 3,48,000 recorded across the country the same day. Still, local journalists, opposition party leaders and high court judges have noted shortages of oxygen or undercounting of cases. Yogi Adityanath himself tested positive for the virus on April 14.

"People are waiting in queues outside every hospital in search of a bed for survival but only a very few lucky ones are getting a chance," a two judge bench headed by Justice Siddhartha Varma said on April 27, during the hearing of a petition that asked the court to provide direction to the government for better management of the pandemic. 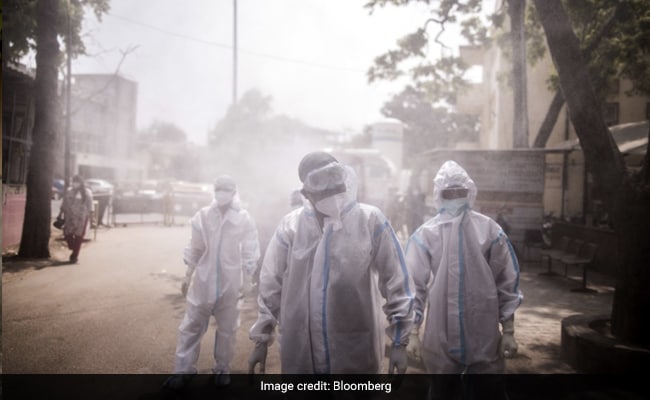 Opposition parties have also lashed out. "The chief minister claiming that there is no shortage of oxygen, beds, ventilators or remdesivir injection is an absolute lie," said Ajay Kumar Lallu, a member of the state legislature and president of the opposition Uttar Pradesh Congress committee. "The government is trying to hide Covid-related deaths. The chief minister claimed that they have arranged for 100,000 hospital beds. Where are they?"

The Uttar Pradesh government said Covid cases in the state are falling and suggestions by opposition parties that there is undercounting and shortages of health infrastructure is only "propaganda." The state saw a decrease of about 94,000 active cases over the past 10 days, the May 11 statement said.

Early in his career Yogi Adityanath - whose childhood name was Ajay Bisht - joined a movement pushing to build a Hindu temple on land where a 16th century mosque was razed in 1992, a hot-button religious issue that fueled the rise of the BJP. He later became a monk and changed his name to Yogi Adityanath, and continues to serve as chief priest at a temple in Uttar Pradesh. He now wears saffron robes, and has a closely shaven head.

In the past few years, Adityanath has become one of the BJP's most prominent voices, drawing huge crowds at rallies across the country. Yet as his popularity has grown among Hindus, Muslims in his state say they face more discrimination. 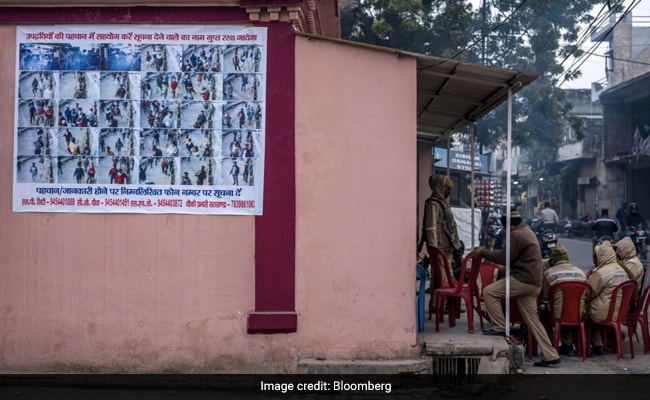 Police officers gather near a banner featuring stills taken from surveillance camera footage that appeals to the general public to help identify protesters, in Lucknow

Mohammad Amir, a painter in the state capital Lucknow, was denied bail and remains in jail after being arrested in December 2019 for allegedly protesting over the citizenship law. His family has received notices to deposit 2.7 million rupees ($36,821) for damaging public property, which they can't afford to pay. Amir's wife says he denies all allegations against him and says he's being targeted because he's a Muslim.

"The state appears to be vengeful now," said Ashma Izzat, a civil rights lawyer based in Lucknow, who is fighting the cases of people like Amir pro bono. "They want to make an example by keeping these poor Muslims in jail to teach them a lesson." Over a thousand people were arrested across the state in December 2019 after the protests against the citizenship law, according a state police statement reported by news agency ANI.

Uttar Pradesh authorities see things differently. The state's image has improved by being firm on rioters who destroy private property, said Sidharth Nath Singh, a cabinet minister in Uttar Pradesh and a government spokesperson. And the restrictions on religious conversion after marriage is only meant to act against those who "convert people by deceit," and isn't intended to infringe on personal rights, the government statement said.

Yogi Adityanath has attracted more investors through building airports, offering tax incentives, and loosening land and labor regulations. More than 300 projects worth around $12 billion are under construction, said Navneet Sehgal, a senior official in the state government. It ranks 10th out of India's 28 states on foreign direct investment inflows, government data show.

Still, the virus response risks undermining Yogi Adityanath's in state elections next year, according to Aparna Pande, director of the Initiative on the Future of India and South Asia at Washington-based Hudson Institute. 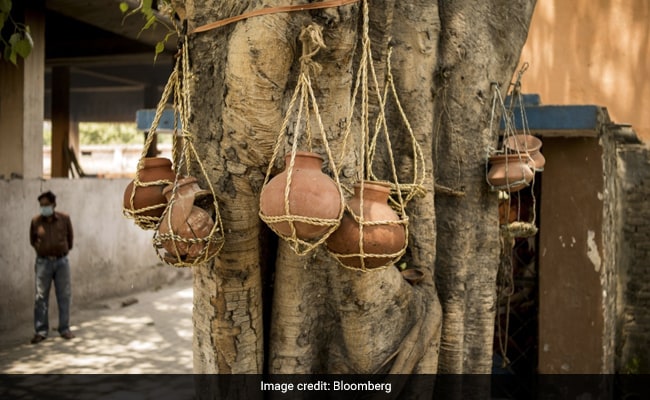 "It is going to have a huge social and economic impact if they can't manage it," she said. "This tragedy has become very personal to even those who support the government."