For Tejas, a Long Way to Go Before it Protects the Indian Skies 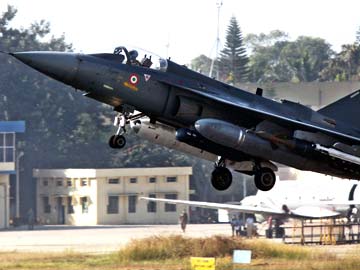 The Light Combat Aircraft (LCA), Tejas, takes off during an initial operational clearance for induction in December, 2013 (PTI)

New Delhi: The Indian Air Force's (IAF) Light Combat Aircraft (LCA) - Tejas, which has been in the making since 1983 and is expected to join the force by March, 2015, still suffers from some teething problems.

Some of the modifications that IAF has to make on the Tejas include pushing back the cockpit panels by few centimeters to prevent the toes of an ejecting pilot from getting entangled with instruments and aides and adding another 60 centimetres in length to the aircraft body to allow easy access and replacements of critical circuitry.

Apart from these critical changes, the IAF and State-run Hindustan Aeronautics Limited (HAL) are in the process of shaving off about 550 kilograms from the aircraft, making it lighter and adding more power to it.

Senior Defence Ministry officials told NDTV that the LCA Mark-I is still somewhat far from being given any operational duty. The aircraft is expected to replace the Russian-made MiG-21 aircrafts which have already been decommissioned.

"There are several changes that are being carried out," senior IAF officials told NDTV.

On Wednesday, the first of the aircraft, built to series production, completed a 25-minute-long sortie. The Tejas LCA is expected to cost the Indian exchequer Rs 50,000 crore.

Chief of Air Staff Air Marshal Arup Raha told reporters today, "I think things will be fall in place. The first limited series production of LCA has already flown based on IOC II (Initial operational clearance). We are sure that teething problems of LCA will get over soon."

Drawing attention to the depleting fighter fleet of the IAF, Air Marshal Raha said that "the draw down has to be prevented by quick induction by induction of LCA and MMRCA." The "draw down" that Air Marshal Raha refers to is the phasing out of legacy planes like the MiG 21.

Sources said several "test points" and operational parameters still need to be validated by the Centre for Military Airworthiness and Certification in Bangalore, ensuring that the process would take at least 12 months for completion. The LCA continues to be riddled by inadequacies and problems in integrating its radars and sensors.

"Training manuals, maintenance manuals haven't yet been prepared," an officer said adding that "the IAF expects the first squadron to be available by 2017-18."

Sources told NDTV that prior to the modifications, pilots with shoe size nine or above would have found it impossible to eject in an emergency.

"The feet would get stuck preventing a clean bail out," the officer said.

Also, critical circuits and parts that could require replacements were placed so deep inside the aircraft body that the turn-around time between sorties varied between two to three hours - considered to be exceptionally long.

"The length of the aircraft was increased to rearrange the circuits and parts to allow easy access and faster replacement," the officer added.

The first squadron of the LCA Tejas is scheduled to be based in Sulur in Tamil Nadu.

"Since there are several issues that need to be sorted, the first few jets will be based in Bangalore alongside Hal to allow for faster problem solving," officials said.

Sources said that the IAF is pinning its hopes not on the LCA Mark I but on advanced LCA (Mark-II) to replace its ageing fleet of MiG-21 variants. The LCA Mark-II or second generation of LCA is expected to have a better design besides a more powerful engine - General Electric GE-414. This is expected to generate as much as 90-96 kN thrust as against the current engines - GE-IN20 which generate only about 80-85kN thrust.

Promoted
Listen to the latest songs, only on JioSaavn.com
The LCA Mark-II is scheduled for flight trials by 2018. The IAF, however, feels that trials will be delayed by at least two if not three years as the current platform will have to undergo major re-engineering to accommodate the heavier GE 414 engines.