For One Hour, I Flew On The Tejas - Here's What It's Like

New Delhi: For more than two decades, I have been chasing fighter planes around the world. I have been lucky - flying with the Air Force during the Kargil war, flying off the deck of the Virat on a Sea Harrier. But there was always one combat jet that I desperately wanted to fly on.

Small, nimble and fairly unique, the Tejas Light Combat Aircraft I flew on today is India's effort at catching up with the world's great aviation manufacturers. And now, after more than three long decades in development, that has happened - to a large extent.

No, the Tejas isn't outdated; nor is it a poor, desi solution to what a desperate Indian Air Force needs. Though a generation older than the newest fighters in service now, the Tejas is far better than what it was supposed to be - a MiG-21 replacement. Many of the systems on board are comparable with leading Western types.
The problem with the Tejas is not the technology, which has been developed in-house. It is the fact that it has taken three decades in doing this. But since India built the HF-24 Marut fighter which saw service in the 1971 War, there was no home-grown fighter which was developed for more than two decades, a period in which military aviation technology progressed by leaps and bounds. The Light Combat Aircraft project came on stream in the 80s, and India was always going to be in catch-up mode, particularly since the Air Force had specified that the jet they wanted was meant to be the world's smallest, most maneuverable and most cost-efficient fighter in the world.

With no one offering some of the technology India sought for this project, there was just one way forward - to build these technologies at home. That has been a painstakingly slow process. The LCA Tejas is not a reverse-engineered product. Its core technologies have been built-up slowly, with the process further stalled in the 90s because technical assistance from the US was halted because of sanctions following the Pokhran nuclear test. 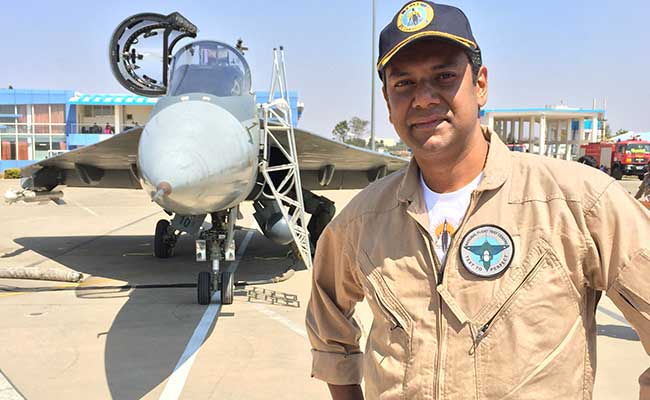 Government has ordered 83 Tejas Mark 1A fighters at a cost of close to 50,000 crore rupees.

That said, several of the most important systems on the jet are not Indian at all. After development of the indigenous Kaveri jet engine failed, Indian designers realised the limitations of trying to do everything at home and all at once. A more pragmatic solution had to be found. Therefore, the engine on the Tejas presently is the US-built GE-404, the radar is the Israeli Elta 2032, the ejection seat is British, and the weapons are a mix-and-match from around the world. Many of these imported systems need to eventually be developed in India, but more time will be needed to build up the technology base. This isn't a unique problem to India. The Swedish Gripen, also being showcased here at Aero India in Bengaluru, has an Italian radar, a British ejection seat, a US engine and weapons and sensors from around the world. Swedish designers, unlike Indian planners, realised early on that building state-of-the-art fighter jets was all about one word - integration. You pick and choose the best technologies available and integrate that in-house" no mean feat.

Now, a lot of the technology that India sought (both imported and home-grown) has been developed, tested and inducted into service in the Tejas jets which have formed the first squadron of the fighter in service with the Indian Air Force. And now, in a clear endorsement of the project, the government has ordered 83 Tejas Mark 1A fighters at a cost of close to 50,000 crore rupees. What's more, the agencies developing the fighter have been given the go-ahead to develop the Tejas Mark-2, an improved variant of the fighter with a new engine, a lengthened fuselage and the ability to carry more weaponry.

In Bengaluru, a team of dedicated flight test engineers and pilots operating state-of-the-art telemetry systems (these process and record data from different instruments) map every sortie flown by the Tejas at the National Flight Test Center. That's because lessons are learnt real-time and software fixes are incorporated to refine the jet. Yes, 33 years and 7,400 crores after it was green-lit, India's first home-made fighter-jet is still "under development" but as I have learned, that's not because it's incomplete. It's just getting better.

With a singularly intuitive cockpit layout, custom-designed by test pilots and engineers for a specifically Indian requirement, the jet handles safely in the skies with an ease that has to be seen (or rather, felt) to be believed.

Promoted
Listen to the latest songs, only on JioSaavn.com
The reason for this is another Indian solution: the digital flight control computer which is the heart of the fighter, a system without which the Tejas would not be able to get off the ground. Designed painstakingly over decades by software engineers, the flight control system on the Tejas is the electronic link between the pilot and the aircraft. Every control input by the pilots is electronically transmitted to the control surfaces of the jet to give the fighter the ability to maneuver sharply and safely in whatever conditions the jet may be operating in. In non-geek speak, after decades in development, the software on the Tejas is talking so effectively with the hardware that the ground has been laid for the development of India's next fighter aircraft - a jet called the AMCA or Advanced Medium Combat Aircraft. 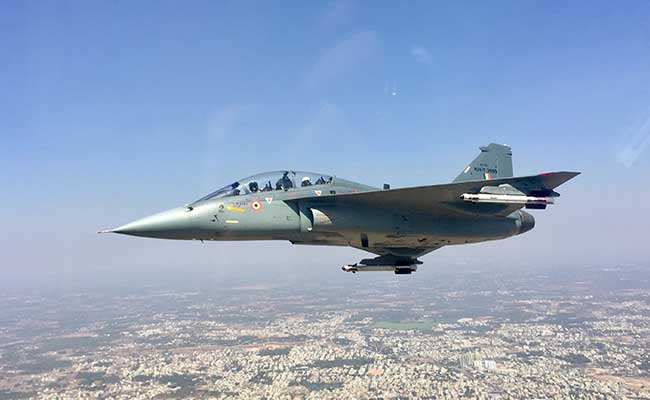 With a singularly intuitive cockpit layout, the jet handles safely in the skies with an ease.

Then, there is the airframe of the jet itself. Built on mounded carbon composite materials entirely developed in India, the structure of the jet is both lighter, and in many cases stronger, than comparable fighters made with metals. And the technology that has been developed in-house can now be used for a myriad of applications - from building civilian aircraft to forming parts of the superstructure of warships.

Today's experience - and I will offer more reports detailing it - informed me that the time to criticize the Tejas project may be over. Yes, it's taken time to develop the jets. And yes, there is a lot more to master. And yes, the Tejas is never going to re-define the words "state-of-the-art." At the same time, the development of the Tejas is a fairly positive indicator of where India stands in its ability to manufacture fighter aircraft. And from what I have seen - the Light Combat Aircraft Tejas, like the rockets built by ISRO, is an example of how home-grown engineering may have come of age.