For Cost-Cutting, No 'Rail Neer' Water At Railway Board Headquarters 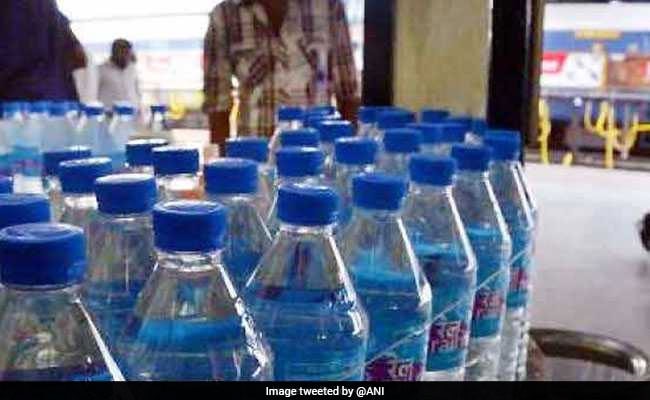 Rail Neer (mineral water) is a product of the IRCTC.

New Delhi: In a cost-cutting measure, the Railway Board has decided to stop the supply of Rail Neer bottled water at its Rail Bhavan headquarters and asked officials to either bring water from home or drink the water of the recently-installed RO plants.

In a circular issued on May 16, the board has said that in accordance with the demands of the officials as well as the staff associations, three RO plants have been installed in the Rail Bhavan premises in January. Hence, Rail Neer water will not be supplied there.

It has also said that the required quality tests of the RO water have been conducted and it was found to be at par with the Rail Neer water.

Rail Neer (mineral water) is a product of the Indian Railway Catering and Tourism Corporation (IRCTC) under the Ministry of Railways.

"Based on the above status, the competent authority has decided that the supply of bottled drinking water at Rail Bhavan would be stopped with immediate effect," the circular said.

However, Rail Neer water would be served during meetings and conferences at the Rail Bhavan, it added.

Sources said this was one of the many measures undertaken by the ministry to cut costs. In fact, an internal note has also been sent to the department heads, asking them to stop the supply of outside food.

Every official, according to his or her rank, has a fixed amount that they can spend on refreshments and sources say that the board is of the view that this privilege is being misused. Now, the officials have been asked to cut down these expenses, the sources said.

According to unofficial estimates, around 1,000 Rail Neer bottles are supplied to the Rail Bhavan every day.

Many staffers say that since the officers drink Rail Neer water, the drinking water tanks at the Rail Bhavan are not cleaned regularly. If everyone starts drinking the RO water, its maintenance will be routinely carried out, they say.

Promoted
Listen to the latest songs, only on JioSaavn.com
"Rail Neer water is supplied to the officers, while the others use the RO, and the quality of water is often not good. Once everyone starts drinking that water, care will be taken to ensure that it is cleaned regularly," Shiv Gopal Mishra of the All India Railwaymen's Union said.

The Railway Board circular, however, says that if the water of the RO plants is found to be sub-standard, then immediate supply of bottled water will be arranged.
Comments
Indian RailwaysRail Neer