Fire At Cloth Godown In Delhi, 21 Fire Engines Rushed To The Spot

Twenty-one fire engines are at the spot. No casualties have been reported so far. 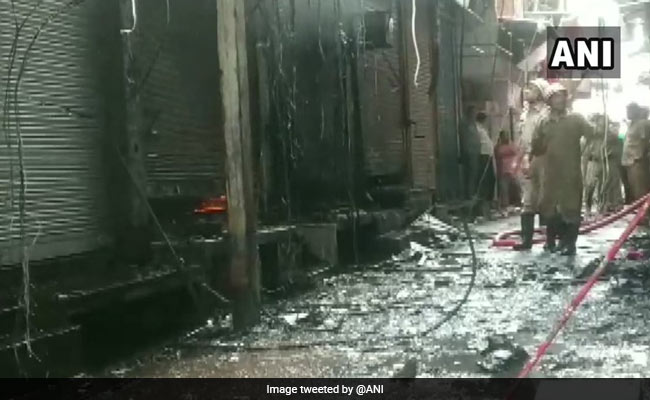 The fire at Gandhi Nagar market broke out this morning.

A major fire broke out this morning at a cloth godown in northeast Delhi's Gandhi Nagar market.

The fire that broke out at around 7:47 am spread to two buildings, which had six shops.Twenty fire engines were rushed to the spot.

The blaze has now been brought under control, an official said.

No casualties were reported, however, goods worth lakhs were gutted in flames. "Nobody was present in the buildings as the blaze broke out in the morning," the official said.

A probe is on to confirm the cause of fire.

Gandhi Nagar market in Shahdara area is one of Asia's largest textile market. It is believed that the market has a footfall of 10,000-20,000 people everyday.