How Finance Minister Reacted To Husband's Critique On Economy, And Advice

Parakala Prabhakar suggests that like Sardar Vallabhbhai Patel could become an icon in the BJP's political project, Narasimha Rao could become a robust underpinning for its economic architecture. 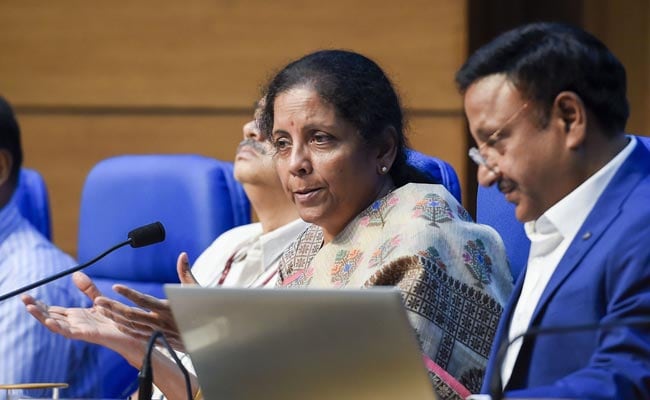 The BJP should embrace the PV Narasimha Rao-Manmohan Singh economic architecture to steer the economy out of choppy waters, Parakala Prabhakar, a noted political economist and the husband of Union Finance Minister Nirmala Sitharaman has advised in an opinion piece published by The Hindu newspaper on Monday.

Parakala Prabhakar, 60, a former communications adviser to the government of Andhra Pradesh, has also criticized the ruling party for attacking the Nehruvian economic framework, saying that the party think-tank "fails to realise" that the attack remains more a political assault and can never graduate to an economic critique.

"Constructs such as 'Integral Humanism' could not be rendered into practical policy initiatives in the modern market-driven, globalised world. The BJP could, therefore, have released itself from that limiting agenda by wholly embracing and even owning the Rao-Singh economic architecture," writes Mr Prabhakar in the Hindu article titled "A lodestar to steer the economy".

The Finance Minister, asked about her husband's article, said from 2014 to 2019, "we have done fundamental reforms". Ms Sitharaman went on to list measures like the Goods and Services Tax, Aadhaar and the delivery of cooking gas.

Mr Prabhakar suggests that like Sardar Vallabhbhai Patel could become an icon in the BJP's political project, Narasimha Rao could become a robust underpinning for its economic architecture.

"A full-fledged embrace and an aggressive pursuit of it even now could provide the BJP and the government led by Prime Minister Narendra Modi a lodestar to steer the economy out of the choppy waters it is in at present. That architecture could help the BJP remove the present infirmity in its economic thinking. Otherwise, macroeconomic thought leadership will continue to be offered to the BJP by the shouting analysts on television and in WhatsApp forwards," writes the economist.

He begins his piece with the observation that "while the government is still in denial mode", data flowing into the public domain show that sector after sector is staring at a seriously challenging situation.

"The government, however, is yet to show signs that it has come to grips with what ails the economy. Much less evidence is available to believe that it has a strategic vision to address the challenges," he says.

He comments on the BJP's "inexplicable reluctance" to develop its own coherent set of ideas about the country's economy and the "unwillingness" to take its eye off the Nehruvian policy framework ball.

"The path-breaking repositioning ushered in by PV Narasimha Rao and his economic amanuensis Manmohan Singh remains unchallenged even today. Almost every political party that formed the government, took part in governance, or lent outside support to the government at the Centre since then embraced that repositioning. The Rao-Singh policy scaffolding remained largely unaltered in the last quarter century," writes Mr Prabhakar.