Fathers Day Quotes: Fathers dedicate their lives for the well-being of their children. They work, care, share and are always the first ones to rise up to any crisis. 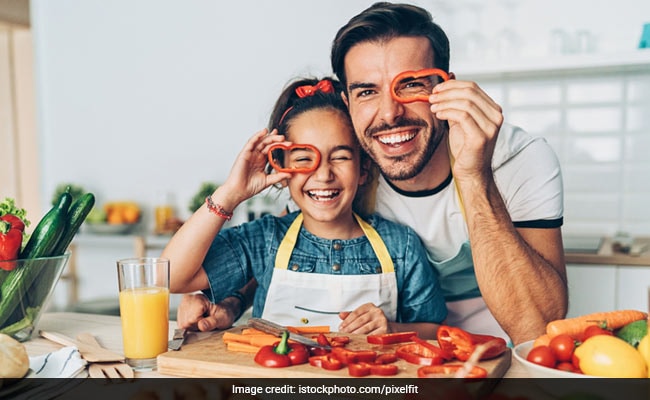 Father's Day – a day dedicated to dads around the world is celebrated every year on the third Sunday of June. This year, it will fall on June 16. It's a day to make your fathers feel special. Fathers dedicate their lives for the well-being of their children. They work, care, share and are always the first ones to rise up to any crisis. Started in 1908, Father's Day has recently become a global phenomenon with customised theme-based gifts, cards, dinners, shopping vouchers and vacations planned around it. It's a day to spend time with your dads and do his favourite things together.

Father's Day Quotes you can share with your dad:

"My father gave me the greatest gift anyone could give another person, he believed in me." - Jim Valvano

Any fool can have a child. That doesn't make you a father. It's the courage to raise a child that makes you a father" - Barack Obama

"My dad's my best mate, and he always will be." - Cher Lloyd

"My father didn't tell me how to live. He lived, and let me watch him do it." - Clarence Budington Kelland

By the time a man realises that maybe his father was right, he usually has a son who thinks he's wrong" - Charles Wadsworth

Some people don't believe in heroes, but they haven't met my dad." - Unknown

"To a father growing old nothing is dearer than a daughter." - Euripides

"It doesn't matter who my father was; it matters who I remember he was." -  Anne Sexton

"One father is more than a hundred schoolmasters." - George Herbert