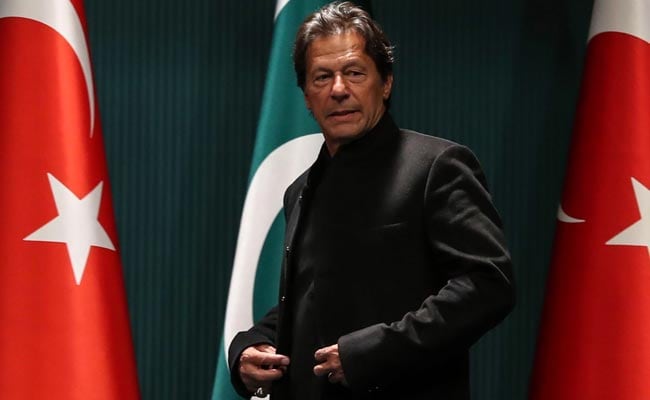 India expects Pakistan to remain in the "grey list" of the global money laundering and terror financing watchdog with not only more than 4,000 terrorists going missing from its records but the country also giving a pass to two of New Delhi's most wanted terrorists - Maulana Masood Azhar and Hafiz Saeed, government sources said Sunday.

"Since 4,000 terrorists vanished from its schedule 1V. FATF (Financial Action Task Force) will not allow Pakistan to exit the grey list," a senior bureaucrat told NDTV.

According to him, Pakistan also has failed to fulfil six key obligations. "FATF had given Pakistan a total of 27 action plan obligations for completely checking terror financing of which so far it has cleared 21 but failed in some of the key tasks," he said.

Four nominating countries USA, UK, France and Germany are also not fully satisfied with Pakistan's fulfilment of their wishes in Afghanistan and this will also go against the country, he added.

"These four countries are not satisfied with Islamabad's commitment in taking strong action against the terror groups operating from its soil," the official said.

The FATF is due to host a virtual plenary between October 21-23. The meeting will take a final call on Pakistan's continuation on the grey list after a thorough review of Islamabad's performance in fulfilling the global commitments and standards on the fight against money laundering and terror financing.

Masood Azhar, Hafiz Saeed and Zakiur Rehman Lakhvi are the most wanted terrorists in India for their involvement in several terrorist attacks including the 26/11 Mumbai strike and bombing of the CRPF bus at Pulwama in Jammu and Kashmir last year.

With Pakistan remaining in the grey list, it has become increasingly difficult for it to get financial aid from the International Monetary Fund (IMF), World Bank, Asian Development Bank (ADB) and the European Union, exacerbating problems for the cash-strapped country.

The FATF will also judge if competent authorities in Pakistan were taking enough action against illegal money or value transfer services and have tightened entry points used for illegal funding.

The FATF plenary was earlier scheduled in June but Pakistan got an unexpected breather after the global watchdog against financial crimes temporarily postponed all evaluations and follow-up deadlines in the wake of COVID-19 pandemic.

The watchdog also put a general pause in the review process, thus giving additional four months to Pakistan to meet the requirements.

To avoid the blacklist, it needs the support of three countries and it has had the consistent support of China, Turkey and Malaysia to dodge the label. Currently, North Korea and Iran are in the FATF blacklist. Pakistan needs 12 votes out of 39 to exit the grey list and move to the white list.

Pakistan was placed on the grey list by the FATF in June 2018 and was given a plan of action to complete it by October 2019. Since then, the country continues to be on that list due to its failure to comply with the FATF mandates.

The FATF is an inter-governmental body established in 1989 to combat money laundering, terrorist financing and other related threats to the integrity of the international financial system.

The FATF currently has 39 members including two regional organisations - the European Commission and Gulf Cooperation Council.

India is a member of the FATF consultations and its Asia Pacific Group.