News Updates: Thousands of farmers are protesting at various border points of Delhi for over a month now against the three farm laws. 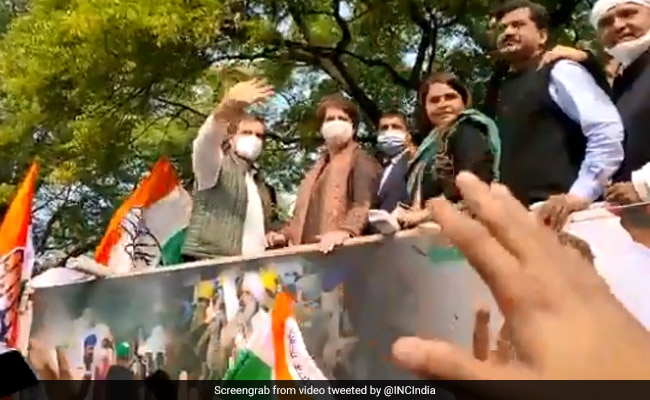 Farmer Protest News: "These laws are not to help farmers, but to finish them," Rahul Gandhi said.

The ninth round of talks between protesting farmer unions and three central ministers to break the over-a-month-long deadlock on the three new agri laws ends. Union Agriculture Minister Narendra Singh Tomar, Railways, Commerce and Food Minister Piyush Goyal and Minister of State for Commerce Som Parkash, who is an MP from Punjab, held the talks with the representatives of around 40 farmer unions at the Vigyan Bhawan.

Congress leader Rahul Gandhi on Friday led the party's protest in the national capital in support of the agitating farmers, and said his party will not relent till the new farm laws are repealed. He was accompanied by AICC general secretary Priyanka Gandhi Vadra and other leaders of the Delhi Congress at the protest outside the Delhi LG's residence as part of the countrywide agitation.

"These laws are not to help farmers, but to finish them. These laws are aimed at helping corporates like Ambani and Adani instead," he charged and added, "That is why we are standing in favour of the farmers". "The BJP government will have to take these black laws back. Till the time these laws are repealed, Congress party will not relent," he told the protesting Congressmen.

Thousands of farmers, mainly from Punjab, Haryana and western Uttar Pradesh, are protesting at various border points of Delhi for over a month now against the three laws.

Agriculture Minister Narendra Singh Tomar said on Thursday, "The government is ready to hold talks with farmers' leaders with an open mind."

Meanwhile, the protesting farmer leaders said they will attend the ninth round of talks with the government amid indication that it may be last such meeting with the centre, but added that they don't have much hope as they will not settle for anything less than the repeal of the contentious farm laws. Ahead of the meeting, Rakesh Tikait, spokespersons of Bharatiya Kisan Union (BHU) reiterated that to resolve the issues of protesting farmers, the government will have to repeal the three newly passed laws. "Government needs to devise a plan to scrap the three laws and give legal guarantee for minimum support price," said Tikait.

Here are the LIVE Updates of the farmer protests:

Ninth Round Of Centre-Farmer Talks Start As Congress Protests Against Laws
The ninth round of discussion between farmers demanding repeal of the three agriculture laws and the centre have started in the capital's Vigyan Bhavan in the backdrop of the Supreme Court (SC) staying the laws' enactment "until further orders" and forming a four-member panel to end the deadlock.
Jan 15, 2021 16:57 (IST)
Farmers Protest: Meet Over, Next Round Of Talks Likely On January 18
The ninth round of talks between Centre and farmers' union over even as the stalemate continues.
Jan 15, 2021 15:55 (IST)
Farmers Protest: Talks Resume After Lunch Break
Talks between the Centre and the farmers' unions have resumed after the lunch break.
Jan 15, 2021 15:37 (IST)
Congress observes "Kisan Adhikar Divas" against farm laws, In Delhi, Himachal Pradesh and Uttar Pradesh, protestors raised slogans against centre
"The top court intervened, constituted a committee but came into controversy as one of its members has resigned. This is not going to solve the situation. We demand that the government should repeal these laws. We and farmers are not going to withdraw the protest till all the demands of the farmers are met," KC Venugopal, the Member of Parliament said.
"These black laws are anti-farmers. Our demand is that the Modi government should repeal these laws," said Anil Chaudhary, President at Delhi Pradesh Congress Committee.
Jan 15, 2021 14:48 (IST)

Delhi: The talks between farmer leaders and the government at Vigyan Bhawan temporarily halted for the lunch break. pic.twitter.com/f89neLy284

Jan 15, 2021 14:42 (IST)
Farmers Will Withdraw Proposed Republic Day Procession If Supreme Court Orders: BKU Spokesperson
Ahead of the ninth round of talks between the government officials and the farmers at Vigyan Bhavan here on Friday, the national spokesperson of Bhartiya Kisan Union (BKU) Rakesh Tikait on Friday said the farmers would withdraw the Republic Day tractor parade if the Supreme Court orders.
In response to the proposed procession to be held by the farmers on Republic Day, Mr Tikait said, "If the SC will order, farmers would not hold the proposed parade on Republic Day."
"We would conduct the rally on some different day," he further added.
Mr Tikait had earlier said the farmers will take out a procession from Red Fort to India Gate and hoist the national flag at Amar Jawan Jyoti on R-Day.
"The bill was passed by the Parliament so only government should repeal it, not the committee made on the orders of the Supreme Court," BKU Spokesperson said.
Jan 15, 2021 13:50 (IST)
Government needs to devise a plan to scrap the three laws: Rakesh Tikait
Ahead of the meeting, Rakesh Tikait, spokespersons of Bharatiya Kisan Union (BHU) reiterated that to resolve the issues of protesting farmers, the government will have to repeal the three newly passed laws.
"Government needs to devise a plan to scrap the three laws and give legal guarantee for minimum support price," said Tikait.
Jan 15, 2021 13:36 (IST)
Narendra Tomar raised the issue of Karnal violence, saying everyone has right to express their views. Mr Tomar started off with the talks abt amendment in the laws. 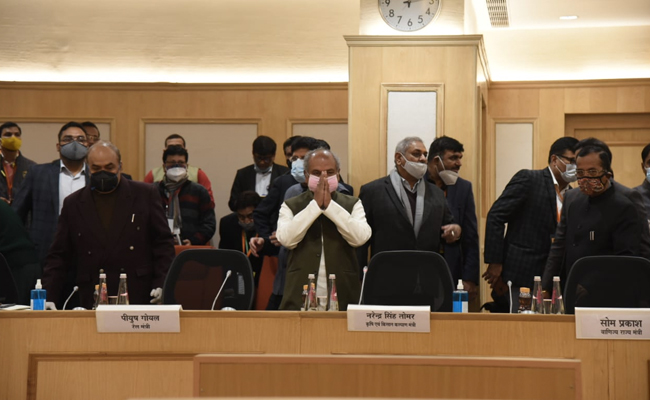 Government welcomes the Supreme Court order regarding the farmers' agitation. The government will put forth its views before the committee (appointed by the court). We are trying to resolve the issue through dialogue: Union Agriculture Minister Narendra Singh Tomar pic.twitter.com/63hqsYCJCK

"Govt needs to devise a plan to scrap the three laws and give legal guarantee for MSP," says BKU Spokesperson Rakesh Tikait. pic.twitter.com/U5vBFzf1yB 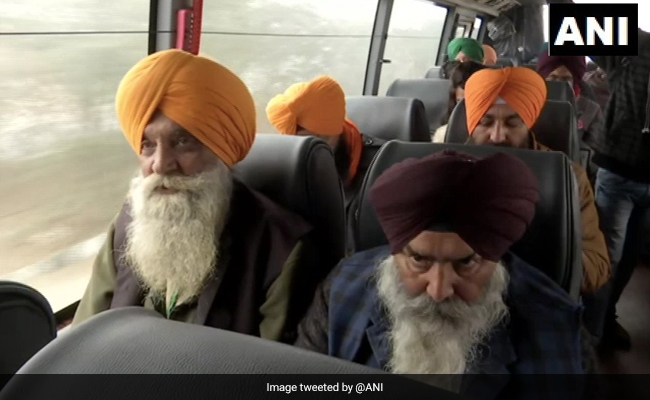 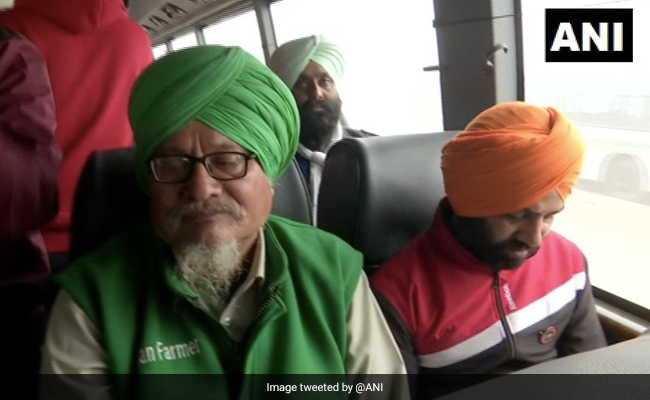 Since protesting farmers have announced not to appear before the committee, there is no point in being part of it: Bhupinder Singh Mann, Chairman of All India Kisan Coordination Committee, on his decision to recuse himself from 4-member committee appointed by Supreme Court https://t.co/BHhMbiMffipic.twitter.com/W2cAMr9pkI